5 Shakespearean words we should use more often 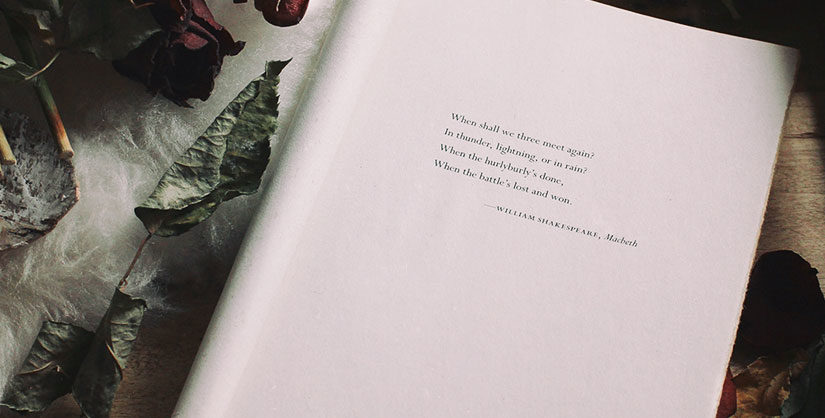 Some of our most commonly used words and phrases have their first recorded use in Shakespeare. Some Shakespearean phrases are everyday and banal, whilst some can be used to throw out some pretty cutting insults. Here are some we think we should integrate more into our speech.

Skimble-skamble is delightful to say, largely because of the way it sounds — it has the same aurally appealing quality as dilly-dally and riff-raff.

It means something rambling, confusing or nonsensical — incidentally, your writing shouldn’t be full of skimble-skamble phrases if you want it to be readable.

Here’s its recorded use in Shakespeare in King Henry IV, Part I:

“Such a deal of skimble-skamble stuff / As puts me from my faith.”

We feel the same when we’re reading some companies’ Terms and Conditions.

This coining is from The Taming of the Shrew, Act IV, Scene V:

“Pardon, old father, my mistaking eyes, that have been so bedazzled with the sun that everything I look on seemeth green.”

In this case, the word is used in the context of someone’s eyes being affected by the sun.

“No, this my hand will rather the multitudinous seas in incarnadine, making the green one red.”

It means ‘numerous’, but is so much more satisfying to say. Of a body of water, as Shakespeare used it, it means ‘vast’.

Do you have multitudinous adverbs in your writing?

“I could haue such a Fellow whipt for o're-doing Termagant: it outHerod's Herod. Pray you auoid it.”

It simply means surpassing Herod in an act of cruelty. You’d have to be a pretty terrible person to out-do the guy who ordered the Massacre of the Innocents, so this is a powerful term to use.

Use this one with care.

The sweetest-sounding of all, if you are ‘honey-tongued’ you are eloquent and persuasive in speaking.

This Shakespearean term is often used in relation to politicians, who are masters of eloquent and persuasive language.

The most successful politicians, for good or for ill, use a number of persuasive tactics. Often they tap into public fears or use emotive language to encourage emotionally charged rather than logical voting.

But, they’re also a good example of professionals who eliminate jargon when they want to connect with the general public, a core principle of readability.

A great way to be honey-tongued is to communicate like you’re trying to prove how personable you are, not how many big words you know.

“Men of few words are the best men.” — William Shakespeare

What Shakespearean terms will you be bedazzling your honey-tongued speech with? Whichever ones you pick, make sure you mix it up with good readability practices to send a clear message to your audience.