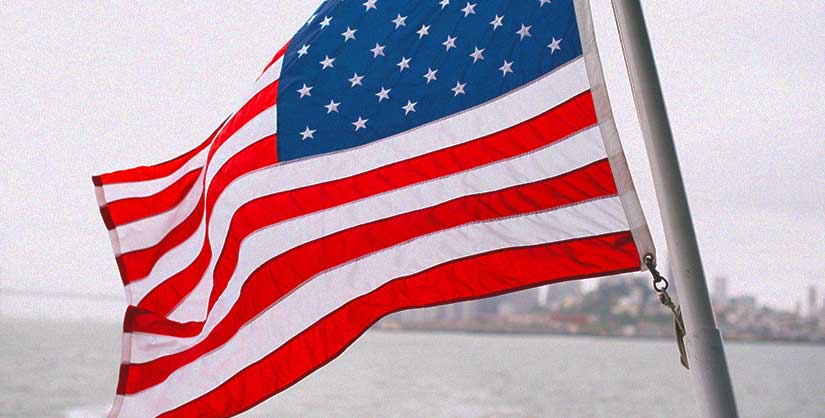 Readability is key in political language. In his 2020 victory speech, Joe Biden pledged to ‘be a resident who seeks not to divide, but to unify.’ We’ll look at a textual analysis of the transcript. Readable will analyse how his language uses readability to reach a vast and divided nation.

When looking at rhetoric, one must look at several features of the text. Besides reading level, this includes repetition and pronoun usage. However, readability's importance cannot be overlooked.

This is because plain language reaches more people than complex language. In no area is this more important than in politics.

For example, the grade level of US Congress language has decreased a full grade level since 2005. This is because members aren’t just talking with each other anymore. They’re also talking to the public.

And, as we’ve explored in the past, readability is useful for the spoken as well as the written word. Speaking plainly and effectively is key to building audience trust.

It was of the utmost importance that Biden’s speech had a wide audience reach. The reason being that one factor of Donald Trump’s success was connecting to voters. He did this with direct and simple language. His speeches and debate answers have a Flesch Kincaid Grade Level ranging between fourth and sixth grade.

Flesch Kincaid is the most widely used readability score. It indicates what grade level the audience has to be at to understand a text. Trump’s scores equated to a reading age between 9 and 12. He spoke at several grade levels lower than his rivals.

One readability study has suggested that:

‘Trump uses low readability and simplicity of language as a rhetorical strategy to gain popularity, in accordance with the trend of anti-intellectualism.’

So, whilst the content of his statements is baffling to anyone with a fact-checker, the plain language he uses may explain why he inspired trust in a large portion of the nation.

We’ve set the scene in terms of readability in politics. Now let’s have a closer look at Biden’s victory speech.

Biden scores a Readable grade ‘A’ for plain language

Joe Biden’s empathetic and impactful speech scores a Readable grade A. It has a Readable Reach score of 100%, which means it can be understood by 100% of the literate population. 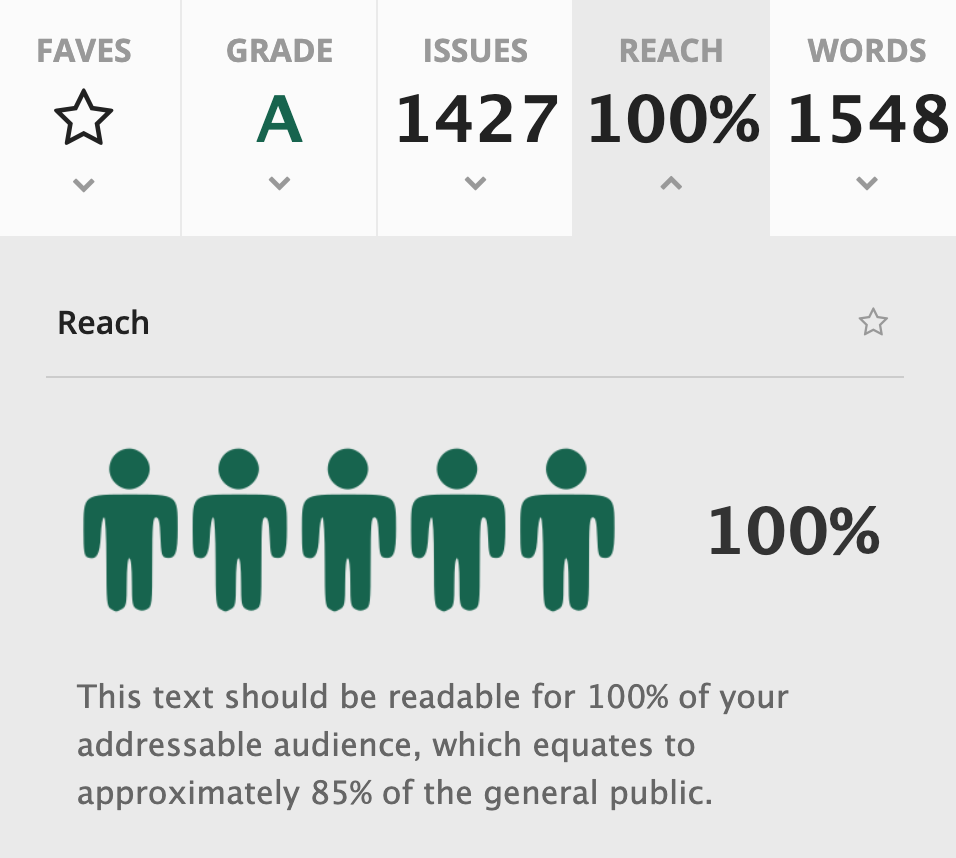 This is important in this speech because whilst he’s now President-Elect, his victory speech still carries the function to persuade. Thematically, it is about uniting America. He wants to unite voters on both sides and be done with the ‘harsh rhetoric’ of Trump’s America. This means he needs to win over the disappointed Trump voters by making them feel included.

The speech also scores a Flesch Kincaid level of 6.3, which reaffirms that it’s easily accessible for the general public.

He uses the active voice

By using the active voice, the message is this: take action. The speech is dynamic. It addresses what the Biden-Harris administration will do next. A statement such as, ‘Our work begins with getting COVID under control’ places a clear onus on the government.

As you can see, the speech also contains very few adverbs and clichés. Whilst adverbs are an essential part of writing, using too many can slow your sentences down. By avoiding using too many, Biden has placed more importance on active verbs which enhance this punchy, direct communication.

Our tool also detected an impressive 0% cliches. The last thing Americans want to hear is a speech containing meaningless statements. Many share the view that whilst this is a victory for the United States, there is still a lot of hard work ahead. Biden keeps it substantial and meaningful.

His language is positive

Our sentiment analysis shows that Biden spoke in the positive.

2020 has been a dark year for America and the world. It was important to have a victory speech which carried hope.

Biden emphasises in the speech that this is a victory for America. It helps that he states the word ‘America’ a total of 23 times in the speech. Along with those all-important active verbs, ‘is’ and ‘will’ describing the America of the present and the future. 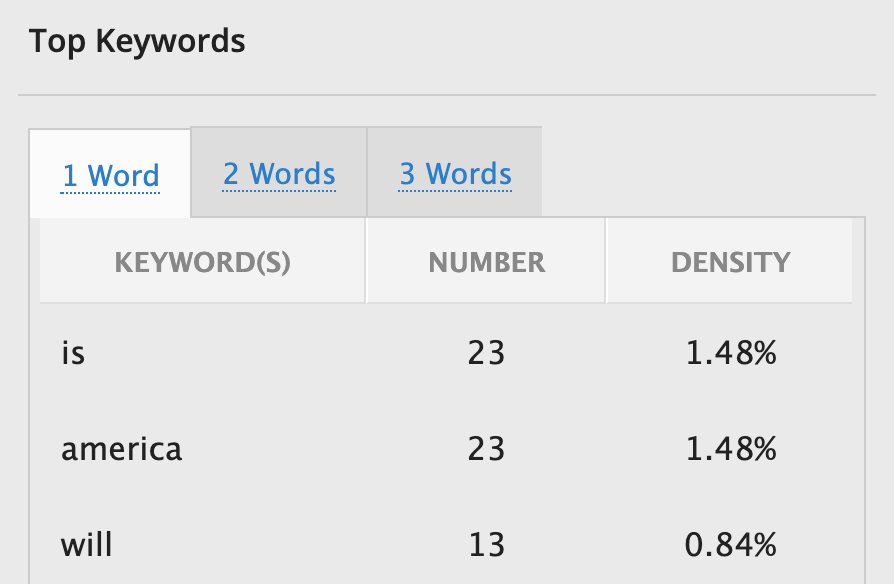 Of course, this is a feature of rhetoric. Repetition is used in literature but also in politics. It helps the audience remember and recognise the importance of the key message.