Readability at the UN: why is speech clarity important? 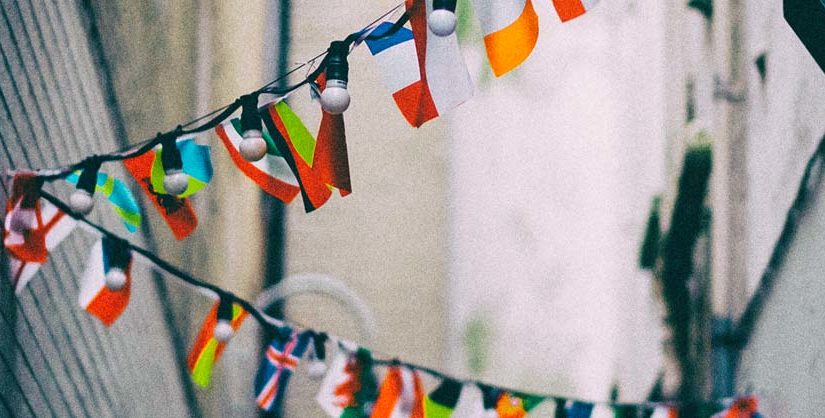 When thinking about readability, it’s easy to assume it’s all about the written word. But, it’s also of great importance when writing speeches and communicating with others. How are the principles of readability used at the UN?

What is UN English Language Day?

On English Language Day 2019, we're celebrating readability and its role in diplomacy.

English is a common lingua franca and one of the diplomatic languages recognized by the UN.

UN English Language Day is one of several language days the UN celebrates to recognize the UN’s six official languages.

The days are intended to entertain and inform, as well as raising awareness of the working languages used to communicate at the UN.

The UN’s English Language Day is celebrated on April 23rd to recognize both the birth and death day of William Shakespeare.

The dates for each language day are chosen to reflect significant dates related to achievements in the relevant language.

The days are used not only to recognize history but also to celebrate cultural diversity and address issues of inclusiveness in language.

What does readability have to do with the United Nations?

As a language of diplomacy, the English language’s role in the United Nations is to be easily understood as a common language.

This means the importance of communicating clearly is paramount.

People with English as their first language may take for granted that it’s easy to understand — but, the language contains nuances and imprecisions which can make misunderstandings easy.

The UN aims to respect the difficulty of English as a second language. Therefore, as well as politeness and formality is important in communication, the use of Plain English is equally vital.

In the context of international communication, this means using standard phrasing and expressions which everyone can understand.

“If your audience doesn’t understand what you’re saying, then what is the whole point of communicating?”

When writing content in general, we’ve mentioned that it’s important not to assume that all of your readers are expert English language speakers.

Imagine, then, communicating at the UN headquarters. Developing relationships between nations means communicating well to everybody.

When discussing issues affecting the globe and countries’ shared responsibilities, clarity of message is key.

As well as avoiding figures of speech unique to English which may be confusing, this also means:

These are some of the core principles of readability. By keeping the audience in mind with their language, UN speakers can make sure their message is understood by all.

How do UN speakers write such good speeches?

One of the most well-known UN speeches has to be from actor and Goodwill Ambassador for UN Women Emma Watson.

She gave an impassioned speech about the launch of the HeForShe campaign in 2014.

Hard-hitting and inspiring, her speech called for men to step forward in solidarity with women and for everyone to proactively demand gender equality.

As well as the obvious background in acting helping her to speak well, Watson as an English Literature graduate is no stranger to the power of the written word.

Watson’s speech is about gender inequality. As she points out, no nation has achieved absolute gender equality. So, from this, we know that her audience is everybody.

It’s not only for the audience of UN staff and distinguished guests. Her speech is being filmed for the world to see and it’s an issue which affects all of us globally.

Nobody is excluded from her target audience. With the continual use of the pluralized pronoun “we”, Emma wants everybody to be involved.

This means Emma Watson’s UN speech is easy for the audience to understand. This serves her well because she is breaking down misunderstandings about identifying as a feminist.

Let’s look at some other insights we gleaned from her speech using ReadablePro to analyze the transcript.

Her use of passive voice only occurred in 3% of her speech. By using the active voice often, her message of a proactive attitude comes across clearly and her speech engages the listener.

2 | She doesn’t litter her speech with adverbs

Adverbs also only make up 3% of the speech. Watson knows that using adverbs sparingly allows her to use more active verbs, which strengthen her writing.

3 | Her word choices have a sense of urgency

She uses absolutely no lazy words. Lazy words are words like ‘nice’ and ‘interesting’ which can almost always be replaced with something more compelling and dynamic.

Very long sentences make up less than a quarter of her speech. This means she’s used mostly short sentences in her writing, which is a must for clear communication.

5 | She doesn’t forget the listener

Her tone is slightly formal — which makes sense in the context she’s speaking in — but is neutral on the formality scale. One of the ways she makes her speech more conversational is by using humor, for example:

“You might be thinking, “Who is this Harry Potter girl, and what is she doing speaking at the UN?” And, it’s a really good question. I’ve been asking myself the same thing.”

By speculating what the listener thinks of her and using slightly self-deprecating humor, she puts herself more on the average listener’s level. She also makes her speech more conversational by emulating an exchange.

We think Emma Watson did a great job of building audience trust and speaking to them plainly and effectively in this speech. She’s used many principles of readability to refine her message.

She also takes into account an international audience by using plain language that a modest user of English would understand. This is shown by the IELTS level of her speech — 4-5.

Her powerful message is the perfect illustration of readability at work.

If you think making your text readable is oversimplifying it, think again — by keeping an international general public’s best interests, Watson doesn’t put the onus on her listener. It’s up to her to communicate well. The standing ovation she received is proof that her listeners appreciated it. Readability is important in the UN because the whole world is listening.