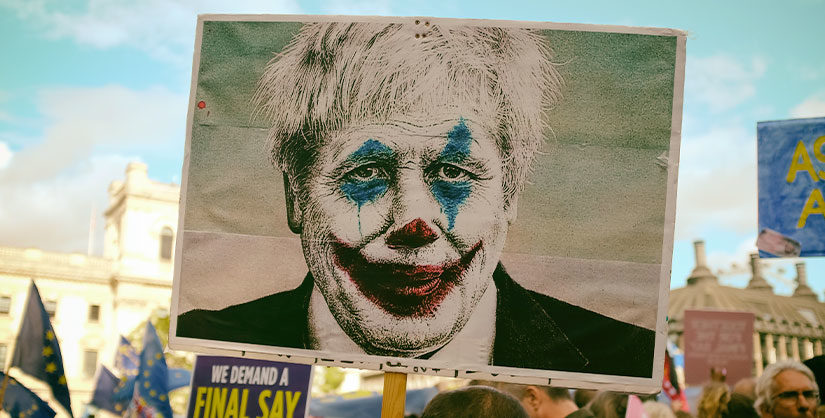 As part of their 40th anniversary this year, Plain English Campaign partnered up with Confused.com for the Plain English Awards 2019. What was the best and worst of readability this year?

What are the Plain Engish awards all about?

Every year, Plain English Campaign have held the awards to recognise and celebrate people who make the effort to communicate clearly and hold to account those who don’t. The winners are announced in December to coincide with Plain English Day.

The Plain English Campaign began in 1979 and fights against misleading public communication and help train organisations to be as clear as possible.

As they celebrate their 40th anniversary, they welcome Confused.com as a sponsor for this year’s awards. Confused.com has called 2019 the ‘year of confusion’ - we can’t blame them. It’s been a chaotic and confusing year as we try to make sense of Brexit and try to decipher misleading and confusing messages, often from politicians.

Confused.com has called 2019 the ‘year of confusion’

Across the pond, Obama’s legacy of the Plain Language Act is being undermined by the Trump administration with thousands of false and misleading statements that have left fact-checkers reeling.

The Plain English awards draw attention to these acts of disinformation, but it also sheds a light on those who are doing outstanding work with readability and getting a transparent message across to the general public. After all, the onus shouldn’t be on us to do mental gymnastics just to figure out what they’re trying to say.

It’s not all doom and gloom. A British Labour MP has won an award for her clear and effective communication and being an advocate of direct and honest democracy. Internationally, Greta Thunberg’s clear communication has had an enormous impact.

What types of awards were given in Plain English 2019?

The awards are for a mixture of great communication and terrible gobbledygook. So, although Boris Johnson won no less than 3 awards this year, they certainly weren’t for his outstanding communication skills - they were for his outstanding lack of them. (Or, more likely, his deliberate shrouding of the truth with baffling over negation, oxymoronic phrases and general gibberish.)

We’ll break down some of the categories, who won them and why.

Chrissie Maher OBE co-founded Plain English Campaign and this award is given in her honour. This year, it was awarded to Jess Phillips, a British Labour Party politician and Member of Parliament for Birmingham Yardley.

Lauded for her honesty and straight-talking, she’s humanising the Houses of Parliament by using accessible language and speaking her mind straightforwardly.

The award quotes the following exchange which his actions directly contradicted:

"Can you make a promise to the British public that you will not go back to Brussels and ask for another delay to Brexit?"

“By simply and clearly stating facts about where we find ourselves as a species facing self-inflicted extinction, Greta’s had an enormous impact. And, by never deviating from verifiable scientific truths, she’s made those in hock to big oil look increasingly desperate in their determination to suppress facts.”

Greta’s had an enormous impact.

I think anyone could agree that Greta Thunberg never beats around the bush when it comes to communicating the sobering facts. The urgency to change comes across impactfully in her direct wording.

This particular blunder is my favourite:

"Brexit means Brexit and we’re going to make a Titanic success of it."

Nothing conjures up the image of a smooth Brexit process like the RMS Titanic rapidly sinking into the North Atlantic. As the country braces itself for a disastrous crash-out of the EU, we could really do with the heroic orchestra on board in 1912 to keep us calm.

He also makes use of over negation to leave people scratching their heads. Here’s one:

"I could not fail to disagree with you less."

The terrifying thing is that his buffoonery is deliberate. He knows how to communicate clearly - it’s just that he chooses not to. That’s why he’s absolutely deserving of this award.

Other awards were given to a variety of campaigns. One of them was Irish Cancer Society’s ‘Spot Cancer Early’ information and support. Their handy infographic makes information about spotting early signs of cancer clear and easy to understand.

As we’ve discussed in the past, one of the most important use of readability and plain language is for patient health information.

In the internet wilderness, there are so many different medical opinions from varying sources, so it’s great to see an easy guide to keeping an eye on bodily changes.

Led By Donkeys is a crowd-funded ‘Brexit accountability project’ who have won the communicator award this year for shedding light on political quotes that may otherwise be brushed under the rug.

“We value this as a crucial public service. Not everyone reads every political quote, and most people have no reason to suspect that someone they saw on the news might be lying. So when they see video footage of Boris Johnson defending of the EU, or Jacob Rees Mogg arguing on behalf of a second referendum, they might be excused for wondering what and who to believe.”

Other plain language heroes and villains

You can view the full list of nominees and winners of this year’s Confused.com Plain English Awards on the Plain English Campaign website.

What’s the most bewildering piece of gobbledygook this year? Or do you know of someone who has communicated excellently? Let us know in the comments so we can check it out.