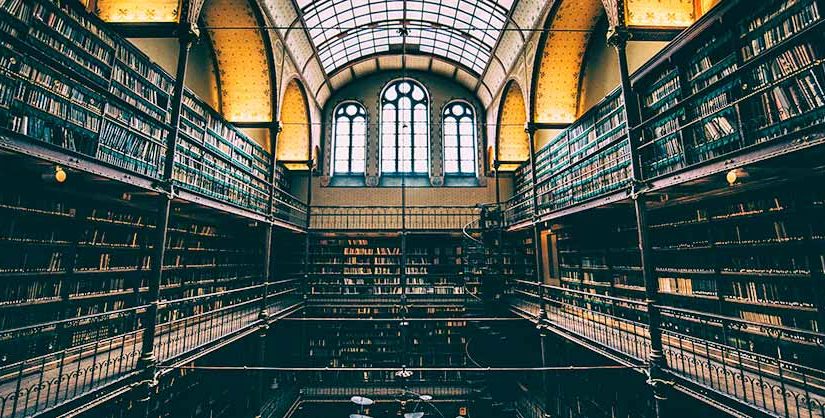 The origins of readability go back to the nineteenth century. In an age of progress, education was no exception. Reforms meant that education was becoming more widely available. Literacy rose notably. With it came the recognition that readability was important.

The average sentence length was around 26 words. A very long sentence by today’s standards.

The first use of readability formulas

The first effort to grade texts for different reading ages came during this time. Classrooms were getting bigger. Educators wanted to teach difficult concepts in plain language for children.

Many inventions were seen through the lens of Victorian Darwinism. Readability was considered evolution. L A Sherman, an English professor, saw that sentences were getting shorter. We were learning to communicate more efficiently.

“No man should talk worse than he writes. No man should write better than he should talk. The oral sentence is clearest because it is the product of millions of daily efforts to be clear and strong. It represents the work of the race for thousands of years in perfecting [...] communication.”

This was long before the most influential readability studies. Sherman had a “write the way you talk” philosophy.

The development of readability formulas

Adult reading ease was developed in the twentieth century. In the 1930s, the Great Depression sparked investment in adult education. Along with an interest in what adults like to read. Many adults complained that they would like to read and learn more. However, many adult books were too difficult to read. They were inaccessible as a result.

Readability studies focused on what books were readable for adults with limited education. The University Of Chicago Press analysed several aspects of book readability:

The authors were William Gray and Bernice Leary. They found that style is one of the most important contributors. This includes sentence length and difficult words.

Their study correlated with comprehension tests. This publication made waves in the education sector. The readability race of the 1940s began. Several linguists strove to create the easiest and most reliable formula.

A pioneer in formulas was Rudolf Flesch. He saw the potential to create a valuable marketing tool. His breakthrough into the field was his PhD. It was about adult reading material. This included a readability formula. A variety of investigators began to use it. A few years later, he published it. Flesch Reading Ease.

The higher the score, the easier a text is to read. It was and is used in both public and private sectors. It was used fiscally. It also became essential in publishing and journalism. Flesch’s work had a great impact on these sectors. It was clear that readers love plain language.

Robert Gunning developed a formula in the 1950s

This fact was also recognised by Robert Gunning. He developed a formula in the 1950s. He’d received some criticism of his own writing. He wanted to be more aware of his writing habits. He called it the Gunning Fog Index. He used it to teach businesses how to clear the ‘fog’.

It was the first readability formula to use a US grade level. It, therefore, rivalled Flesch for user-friendliness.

Closely following this was a renewed focus on children’s books. George Spache followed the US grade level trend with his Spache formula. He focused on making sure young children’s texts were age-appropriate. The PSK formula was also an easy and accurate solution.

The linguists creating them were working toward a common goal. Evolving readability tests alongside language. Variables were tweaked and validated. Readability steadily gained traction as an essential metric. This paved the way for the plain language movement of the 1960s.

The plain language movement was part of the consumer rights movement. Consumers demanded transparency. The demand for clear messaging gained momentum throughout the decade. This secured more regulation for the future. Plain language became an important focus as a part of this.

Readability was also evolving alongside tech. Formula research was propelled by the US Navy. Tabulation became automated. This gave analyses better test-retest reliability.

One example of this was ARI. It used typewriters for machine tabulation.

Another example was Flesch Kincaid. Flesch was prolific in his work on reading ease. He argued for children to be taught phonics; he published several books on reading and writing. He’d also been working with newspaper publicists. This was to improve clarity in journalism. This greatly increased readership, despite the threat of television.

Flesch had branched out from the education sector. He advised individuals and businesses. By 1975, he co-published another readability formula. Flesch Kincaid was created in partnership with the US Navy. After rigorous validation, it became US military standard.

Flesch Kincaid has since come into standardised use. Notably, in the insurance industry. Grade levels made it much easier for people to understand. A Flesch Kincaid grade level between 8 and 10 is accessible for the public. Flesch Kincaid remains the most widely-used formula.

The plain language movement is more important than ever. It can be difficult to cut through the noise. This is much easier when you have a second pair of eyes on your clarity.

The evolution of readability didn’t stop with Flesch. Regulation has continued into the twenty-first century. Doctors have been told to simplify their letters. Companies are being held accountable for the clarity of their t&cs. Clarity and PLAIN campaign for plain language worldwide.

What is the best readability test?

The best readability tool uses several reliable formulas. It should reflect modern language and literacy rates. It also includes style in its analysis. You need a holistic view of your content.

We deliver a complete readability solution. Readable was founded in 2015. Today, we have a plethora of readability and content analytics tools.

Try our free demo today. See how Readable can help you edit with confidence.