Readability is a key skill of the best-selling author. How do they do it? 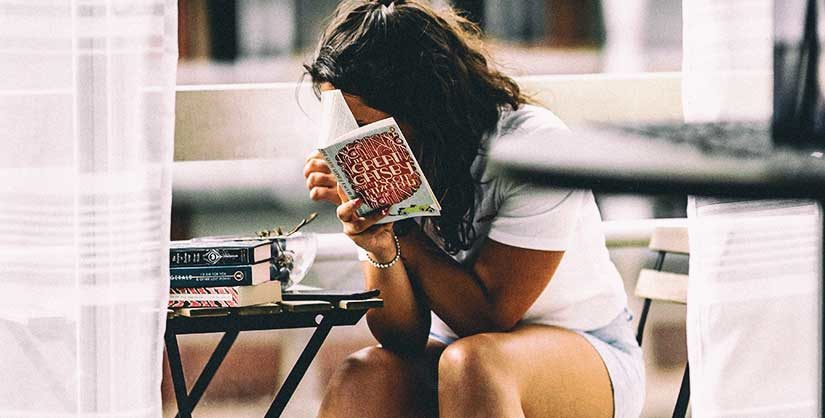 The thing is, anyone can tell you how to structure a blog post and hold a reader's attention. But wouldn't you learn a more valuable lesson from what people love to read?

Don't you want your blog posts to be as compelling as your reader's well-worn copy of Harry Potter? The best blog posts out there are those that have the brazen ambition to cut through the noise.

"Don't you want your blog posts to be as compelling as your reader's well-worn copy of Harry Potter?"

Because too many people forget that even with blog posts intended to inform, we're still weaving a narrative.

Why do readability statistics matter in creative writing?

For some people, 'metrics' and 'creativity' don't belong in the same sentence. And we get it. Who would want to apply a set of rules to something artistic?

But, for popular fiction at least, the author wants to get their message across to a wide audience. If you're writing the next viral thinkpiece, you'll want to have an original take on a topic and you have something important to say.

It's equally important to make sure you communicate your message clearly. The last thing you want is to slave for hours over your text, only for it to be lost in the ether. All because it's just too confusing and frustrating to read.

What readability level do best-selling authors write for?

According to George Klare, a key researcher and writer on the topic of readability, most popular novels are written at a 7th-grade reading level. The average adult reads at around grade 9. But, for recreation, they enjoy reading a couple of grades under their actual reading grade level.

There are a lot of ingredients that go into making best-selling popular fiction. One of these is good readability. The success of releases that use simple writing proves that plain language should be embraced and not looked down upon.

We're all taught in school that using complicated language makes us look smarter. In the real world, when we try to shoehorn in these complicated words, we fall prey to incoherence.

"One day I will find the right words, and they will be simple." — Jack Kerouac

What can we learn from popular fiction and readability?

Let's go through some key examples. A quick look at Goodreads' popular fiction shelf shows that some of the most popular titles are familiar to us as books we read in school. Books that used simple yet striking language that managed to get through to an adolescent reader.

This doesn't mean they're teen fiction, necessarily - it just means the writers appreciate this time in our lives. We're just starting to form our own ideas about the world around us and engage with artistic concepts at a higher level.

We're starting to read between the lines and we're able to interpret the themes and moral implications of a text. A good writer certainly doesn't want to exclude this audience.

A good writer also doesn't want to exclude the average adult in the working world who doesn't always want to come back from a hard day and pry apart Heidegger.

To Kill a Mockingbird by Harper Lee

Published in 1960, Lee's enormously popular novel has been translated into around 40 languages and won a Pulitzer a year after its release. It's still considered an essential read today.

Harper Lee has more than a few writing skills in her arsenal, and one of these is her writing style. According to our Readable analysis, only 1% of the text contains a passive voice. Using the active voice as much as possible allows her to be direct and engaging. Any piece of content which has below 3% passive voice gets the thumbs-up from us. 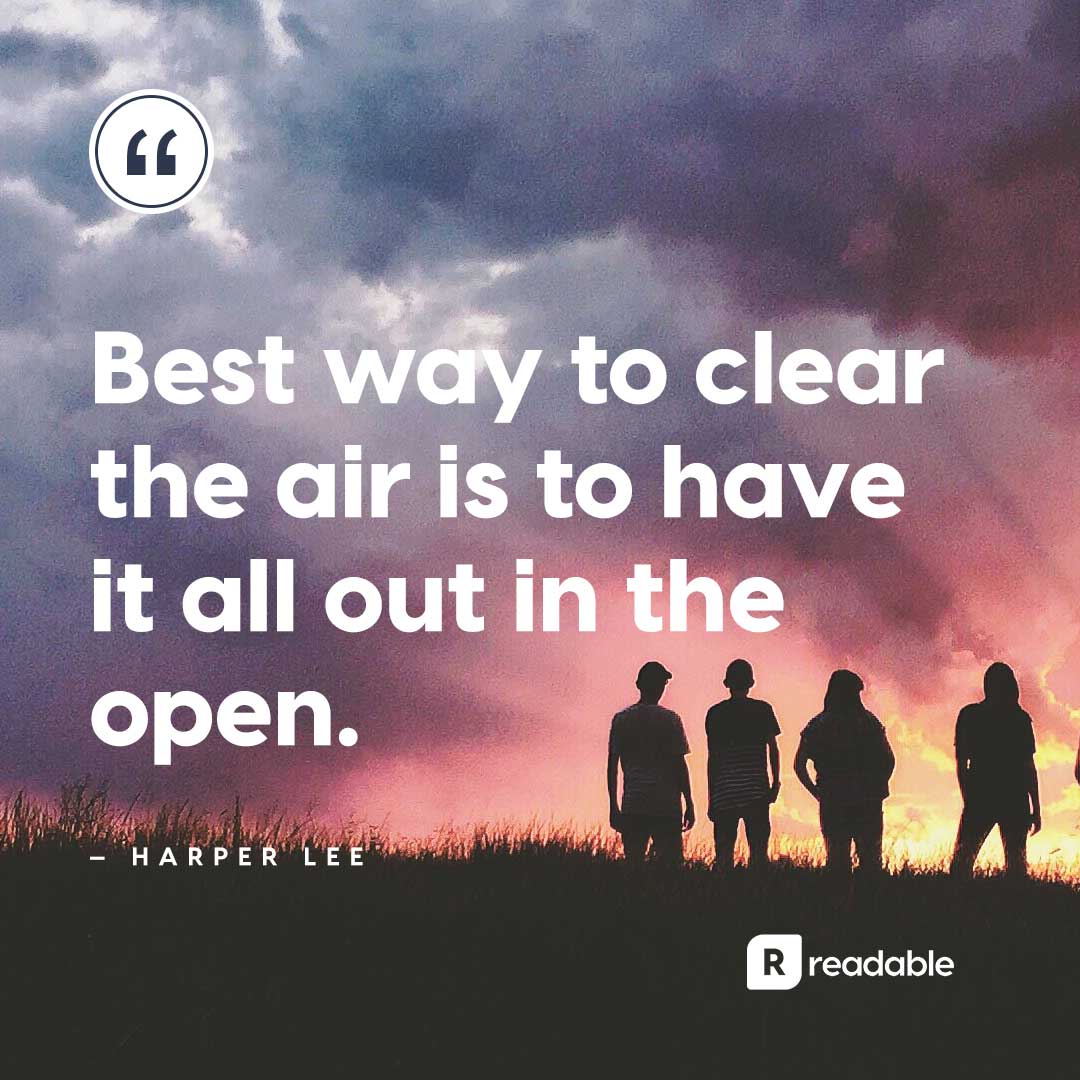 You can use our passive voice detector to see how a simple structural change of a sentence could transform your writing.

Orwell's 1949 novel about a totalitarian vision of the future is nothing if not gripping - I seem to remember devouring it in a day myself.

In George Orwell's case, he uses simple phrases to convey the power of words, especially when repeated. He also shows how they quickly the truth can be edited just by changing a few words.

Alongside many popular books, 1984 doesn't exceed the 9th-grade level, which means it's accessible for the general public. 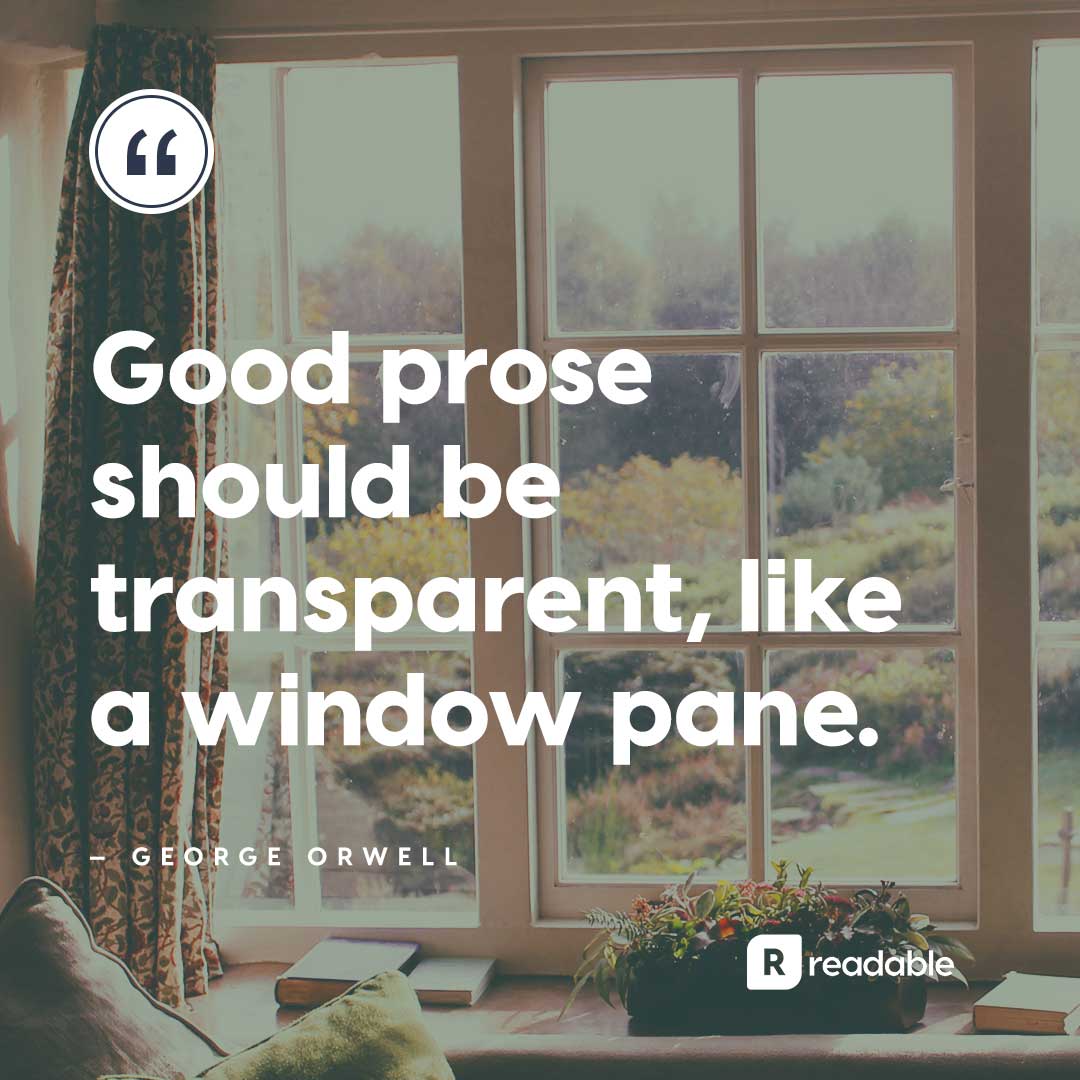 We only detected 2 cliches in the entire text, which is an excellent rating of style. This is useful for the tone of the novel because the Orwellian government depicted has its own cliches - having too many others peppered throughout the text would reduce their impact.

Ah, The Great Gatsby. The 1925 classic which some of us loved reading in school and some of us despised, presumably - judging by the Goodreads average. But it's undeniable that Fitzgerald poignantly conveyed the destructive decadence of the hedonistic society of the Jazz Age.

In a letter to Maxwell Perkins in 1922, he confessed of his ambition of the novel, "I want to write something new—something extraordinary and beautiful and simple & intricately patterned."

This may seem oxymoronic. How can something so simple be so intricate? And yet, he managed to do just this. Because the average sentence used to be a lot longer, his sentence averages are long by today's standards. But, impressively, Readable analysis shows that only 1% of the text contains words over 4 syllables.

Fitzgerald wrote an iconic text which has poignance and texture, and he didn't have to throw in a lot of 'impressive' words to do it. His language is remarkably simple.

Something else he's great at is not overusing adverbs. His adverb count makes up only 3% of the book, which earns him a green smiley face in the Readable breakdown. 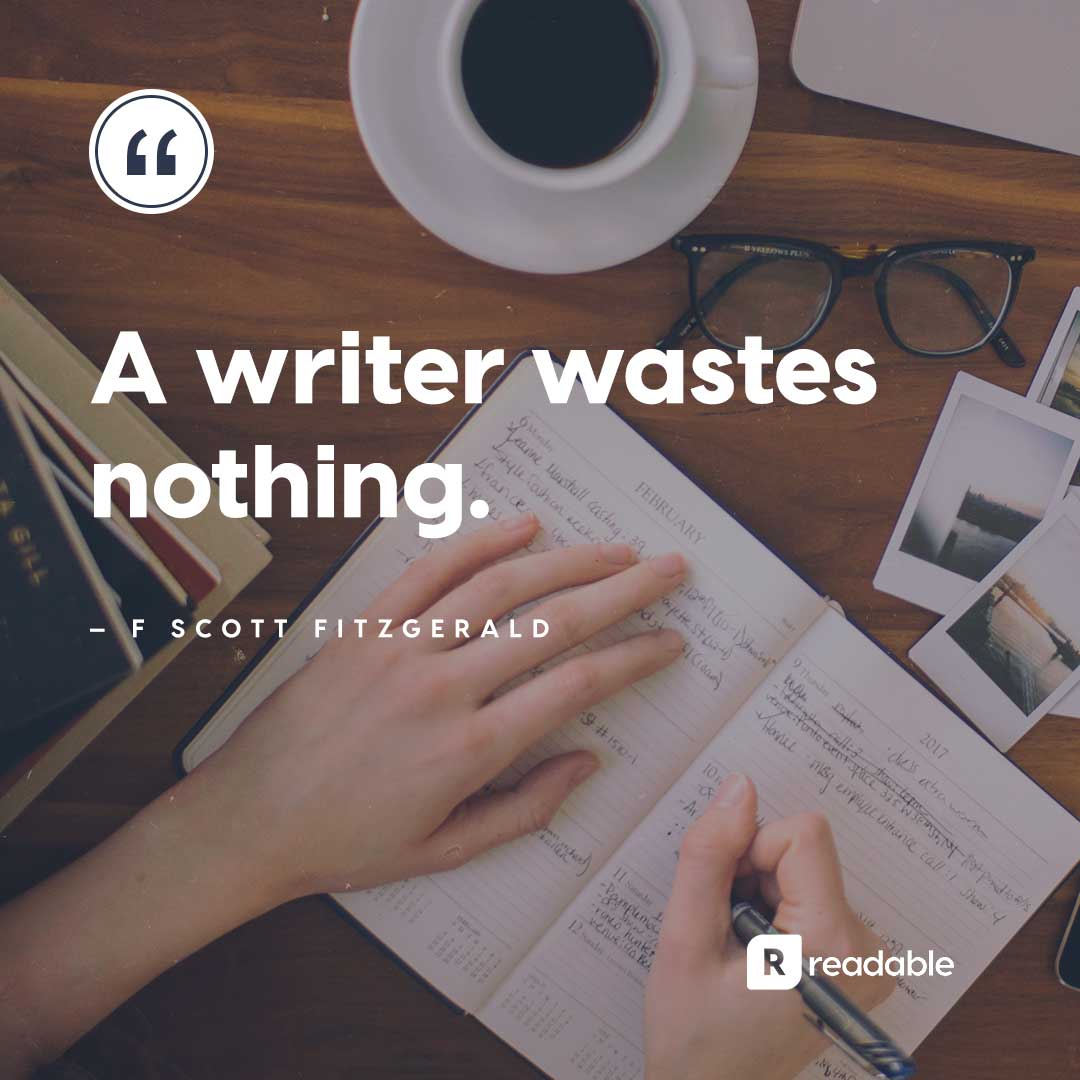 So, the lesson we can learn from ol' Fitz is to keep an eye on our verbiage. Are we using excessive wordiness in our writing? This could be why your reader is dropping off after a few paragraphs.

In addition, watch out for your adverbs. We're not demonizing adverbs at all - I don't think the last sentence of The Great Gatsby would be the same without the word 'ceaselessly' - but they have their time and place. It effectively slows down the last sentence in a way that makes us sit quietly after the last page. But, in other areas of the novel, it would slow down the pace too much.

All three authors we've explored for this readability analysis are dealing with hefty and ponderous topics. They could have been pompous and talked over their readers' heads, but they know better than that.

They know that when it comes to their language, simple is better. They're confident enough to know that using convoluted sentences and complicated language doesn't win them intellectual points. They use clear language, and they know how to use it effectively.

Who's your favourite author and how does their writing inform your own? Let us know in the comments.