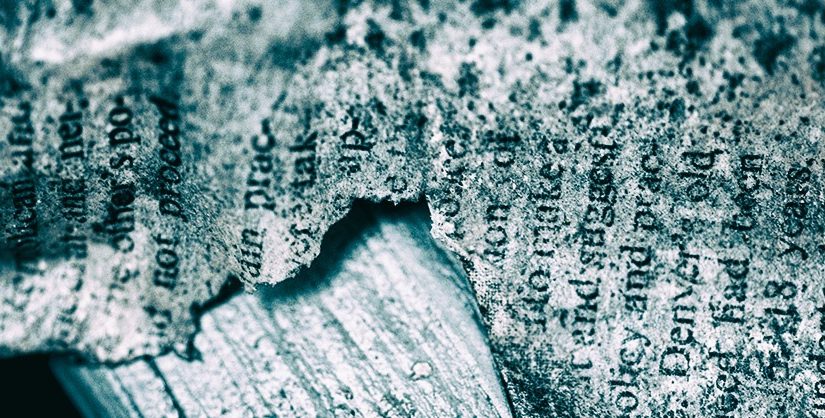 Most of us know the English alphabet backwards and forwards. We learned our letters as children and we forever have the ear-worm of the alphabet song stuck in our heads, but did you know that there were actually a few letters that didn't quite make the cut for our modern alphabet?

After Christianity took over a great deal of Europe, the Latin alphabet was introduced, overtaking the previously used runic alphabet and eliminating of few of these interesting letters:

You're probably quite a bit more familiar with this letter than you might realize. If you've ever seen the word "ye" used in a tavern or on a business sign, as in "ye merry" or "ye olde", the word ye is not actually pronounced using the y sound at all. The y is really used to substitute for the letter thorn, derived from the runic alphabet of Futhark, and it's pronounced like "th", as in the word "the". Due to most printing presses not having the letter thorn available, it became common practice to use a y instead, leading to "ye". So, the next time you see "Ye Olde Brick Tavern" or something similar in your travels, you'll recognize that it's really just saying "The" after all.

If you look at the original Latin alphabet, you'll realize that it's pretty much the exact same one that we use in present day aside from the stark omission of the letter w. Wynn was originally created as an adaption from the Latin alphabet for the Futhark alphabet because it lacked a specific letter to fit a "w" sound, something that was heavily used in the English language. Eventually the alphabet evolved into combining two u's to make our current letter W, eliminating the need for the letter wynn.

Eth is a letter that originates from the Irish language. Much like the letter Thorn, it was also created to represent a "th" sound, but more so for words like "thought" instead of "the". Because of similarities and how Eth and Thorn could sound the same depending on accents, Eth was phased out in favor or thorn.

The letter Ash is another lost letter that you've probably seen a few times here and there, more than likely in old church texts. The letter Ash, or, "æ" is named after the Futhark rune ash, and can most commonly be recognized for pronunciation in such words as encyclopedia/encyclopædia.

The letter Ethel is probably more recognizable in modern-day as a woman's name, but it's actually based on the Futhark rune of Odal, transcribed as œ. Very similar to ash, it possesses a long e sound, such as in the word subpœna. As time went on, the English language chose instead to use the letter e in place of ethel.

There are a few odds and ends of the English alphabet that were not used in entirely official capacities, but are still interesting nonetheless. Feel free to investigate their stories, and be sure to study further histories on the mentioned five lost letters of the English language.