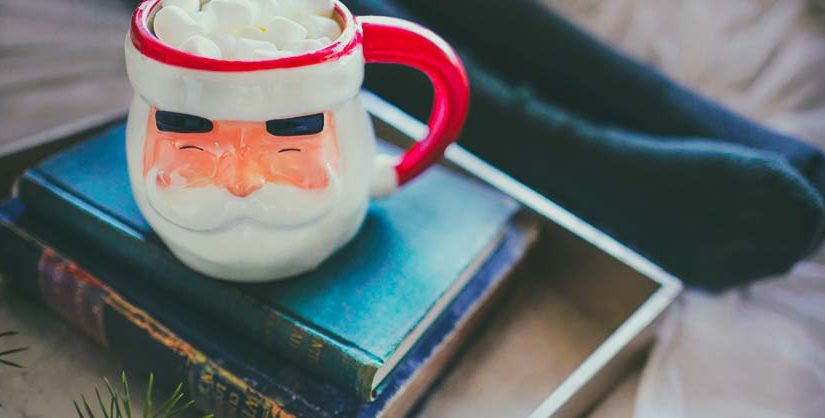 As we move toward the middle of December - already! - we’re thinking about festive children’s books we adore, from their stories to their wonderful illustrations. After all, children’s books are the most readable of all, and we’re all about encouraging children’s early learning.

We thought you’d be interested to know the ones we return to again and again.

'Not a specifically Christmas-themed book by any means. Nonetheless, the snowy, icy landscape of Mick Inkpen’s wintry classic 'Penguin Small' was a firm favorite of mine as a child.

At that young age, it’s natural to be drawn to stories about other small beings overcoming challenges. This book was no exception. A penguin - the smallest in his waddle - is about to join his friends on their migration to the South Pole. There’s only one problem - he’s too afraid of the swim.

He wishes he could just fly to the South Pole to save him this watery ordeal. But penguins can’t fly… or can they?

After the penguin can’t join his friends, he makes a new friend - a snowman. The snowman is made of North Pole snow which, in the story’s universe, “never melts”.

This promises a much more cheerful ending than the heart-wrenching, albeit beautiful, tale of another snowman we all know.

This is a story about resilience and friendship. It's a great adventure that follows this brave little bird’s plight for flight.

Another book - and its film version - I always enjoyed was 'Father Christmas' by Raymond Briggs.

This graphic novel follows a quintessentially British Father Christmas on his travels as he takes on the difficult task of delivering everybody’s presents.

Does this sound traditional so far? It’s not! Briggs’ Santa - much like the author has described himself - is a bit of a Scrooge. Although this characterization might seem devoid of Christmas cheer to some children, I thought he was great. A more believable Father Christmas is a fallible one - a human Santa.

Although he’s unconventional and rather grumpy, he’s very entertaining as he sets off to carry out his duties on “another bloomin’ Christmas”.

Ruddy-faced, wine-drinking and curmudgeonly, Briggs’ Father Christmas makes this book a great laugh and a refreshingly different story for the festive season.'

'With small twins at home, I've been spending a lot of time reading the Ten Little... series, and 'Ten Little Elves' is a current bedtime favorite.

It's not as loud as 'Ten Little Pirates' or as foot-stompingly boisterous as 'Ten Little Dinosaurs', but it is a fun Christmas story and my girls love it. 'The oldest of my two boys is now three years old. This is the first year that the Christmas spirit has really grabbed hold of him, and he’s loving reading about Santa before bed. Poor Stick Man goes for a run one day and ends up being swept up out to see. That’s one hell of a reason not to go jogging!

He’s taken on a journey of survival and dreams of seeing his family again one day. Thankfully, a hero comes to help. That hero is nonother than Santa Clause. 'Santa’s Sleigh is on it’s way to Glasgow' is another Xmas delight. A fun adventure a great reminder of family and cousins in Bonny Scotland.'

What are you reading to your children or students this month? Please let us know in the comments - the more recommendations, the merrier!