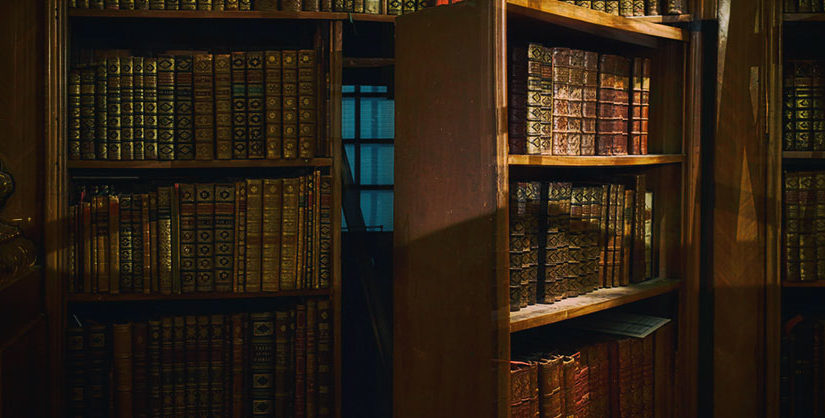 Many well-known grammar rules stem from outdated advice which isn’t compatible with how we communicate today. What are some of these unreasonable guidelines and why are they no longer necessary?

Language and grammar are always evolving, but you might feel afraid to adopt a more colloquial style because some pedant is sure to bring up The Elements of Style and berate you for your syntax. Sure, we all have our grammar pet peeves — mine is when people start every sentence with “so” or “I mean” — but pet peeves do not hard-and-fast rules make. If newly coined words can enter the dictionary, certainly modern grammar can become an acceptable standard.

1 | You shouldn’t start a sentence with ‘however’

It’s a common misconception that you shouldn’t start a sentence with ‘however’. However, it’s actually perfectly acceptable. As long as you follow the ‘however’ with a comma, it’s absolutely fine.

From a readability point of view, it’s actually better to do this. Take the following sentence as an example:

She longed to get into the sea and swim; however, she hadn’t brought a towel and didn’t want to catch a cold.

Put in the middle of a sentence like this with a semicolon is grammatically correct, but the sentence is quite long. Here it is broken into two complete sentences:

She longed to get into the sea and swim. However, she hadn’t brought a towel and didn’t want to catch a cold.

The result is something visually more easily scannable. Using semicolons where two sentences will do also makes your writing appear more formal. Sometimes context calls for a more formal text, but generally, people’s use of semicolons has reduced over time.

2 | You shouldn’t start a sentence with ‘and’

This depends. It’s best not to overuse sentences beginning with ‘and’, but this doesn’t mean you can’t do it at all. Can you start a sentence using ‘and’?

At school, you may have been told ‘no’. Classical grammar has us avoiding starting sentences with conjunctions like the plague. But most modern style guides agree it’s perfectly acceptable.

And for good reason — the idea that a sentence starting with a conjunction is an error is a complete myth. In fact, people have been starting well-written sentences with ‘and’ for centuries.

It’s understandable why it’s taught in schools never to do it. Knowing that you can could lead to overusing it out of laziness when learning how to write. But once you’ve got a handle on writing in general, you can get away with using it sometimes. Just make sure you do it well.

Irregardless of your feelings about the word, ‘irregardless’ is not incorrect. Grammarly doesn’t like it and has highlighted it red. Readable says: 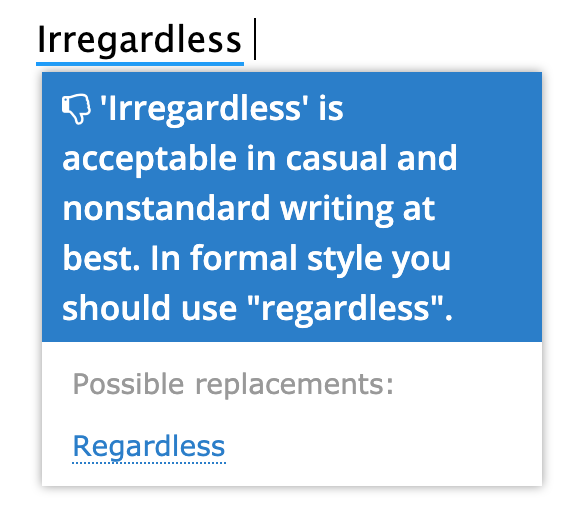 More reasonably, it’s confirmed that it’s acceptable in casual writing but not in formal writing.

So, you may want to avoid it in a formal context, but this doesn’t make it an error. Because it’s a double-negative it’s not technically correct and might rub some people up the wrong way, but although it’s a non-standard variant, it’s not unacceptable to use it and can add emphasis.

4 | You should never end a sentence with a preposition

Pedants love this “rule” and they’ll be very pleased with themselves when they call you out on it. But on a Sunday morning with you really want to lie in and you’re asked to make a coffee and you say “I’ll do it when I get up”, I think anyone who responds by telling you that’s grammatically incorrect will be wearing that coffee.

Sometimes it makes sense to not end a sentence with a preposition. However, in most cases, it’s just not how people communicate. If you’re contorting your syntax just so you don’t upset anyone by ending with a preposition, most of the time you’re going to end up sounding awkward.

It’s not easy on the eye and it sounds overly formal. Sure, Churchill famously said “up with this I will not put”, but he also used phrases like “savages” and “beastly people” so let’s not pretend his language use is admirable.

If you’re writing to an audience who will be really bothered by it, sure, go the formal route. But for a wider audience, they care more about your content being easy to read and sounding more like natural language.

This rule is pretty much disregarded now and was a fairly arbitrary Victorian decision in the first place. According to this rule, Star Trek’s famous phrase “to boldly go where no one has gone before” is grammatically incorrect. This is because an adverb is placed between ‘to’ and the verb (“go”) - traditional grammarians shudder at this for some reason.

But most people would agree that’s pretty finicky.

Now that even language experts rule that splitting infinitives is acceptable, the rule is becoming more relaxed and people do it three times as often as they did 20 years ago.

I might have angered some linguists, and for that I’m sorry. But language is a living thing and it evolves with us, with our behaviour, with our surroundings.

The key is to consider your audience and make your own best judgement.

Remember that although a spell check is essential and there are still grammar rules that stick, it’s not everything. Good spelling and grammar contribute to how easy your work is to read, but it’s not the be-all-and-end-all. It also depends on your use of excellent readability practices. Make sure you have everything covered with this handy checklist. 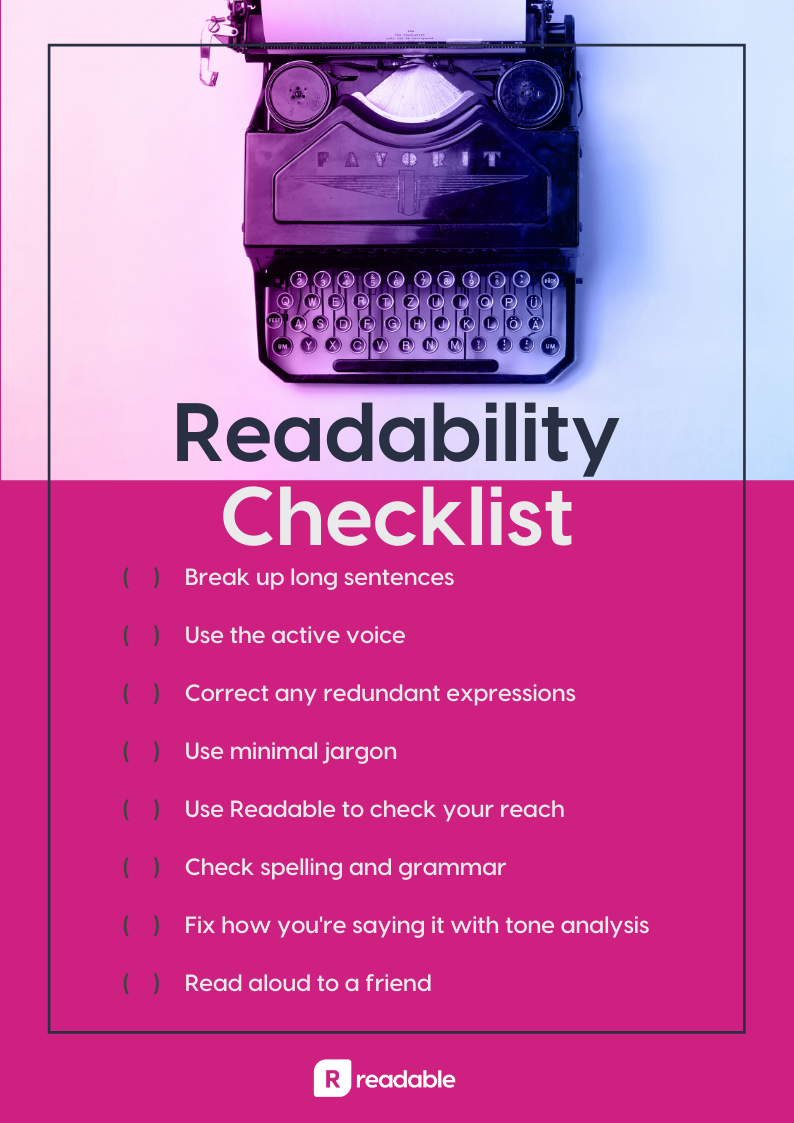 Do you have any pet hates on the topic of grammar, and why do they bug you so much? Let us know in the comments.