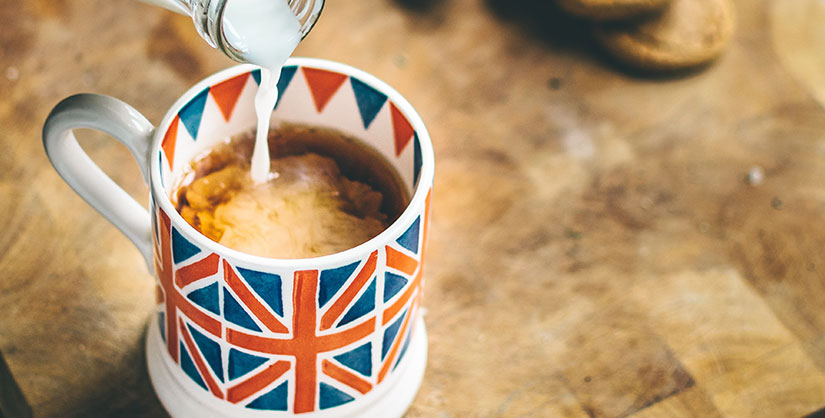 There are some phrases in British English which anyone who didn’t grow up in the UK would struggle to understand. We’ll outline a handful of these and explain their meanings and origins.

To ‘bagsy’ something is to claim it at yours. It originates from the 1970s as an alternative pronunciation of the word ‘bag’ - as in, to bag yourself a seat. You’ve bagsied it, and the rules of bagsy are not to be violated.

It sounds pretty sinister, but saying you’re ‘gutted’ doesn’t mean being eviscerated. According to the Oxford English Dictionary, it originates from prison slang. It means, “bitterly disappointed; devastated, shattered; utterly fed up.” Its first recorded use was in the 1980s.

The word ‘knackered’ is common among British speakers. It means that you’re really worn out. It’s thought to originate from referring to an old, worn-out horse. You could also say you’re ‘cream-crackered’, which is cockney rhyming slang for ‘knackered’.

A ‘curtain twitcher’ is a nosy person who always watches their neighbours through their window, typically from behind a curtain. It has its origin in the 1940s.

Ah, yes. The law of gravitation, the law of motion, the law of supply and demand and…  Sod’s law. ‘Sod’s law’ is a terribly pessimistic British idea that if something >can >go wrong, it >will >go wrong. If you’re home waiting for a package, it’s sod’s law that it will arrive when you’ve popped out to the corner shop.

‘Cracking’ is a more positive word, used to describe anything excellent. It has its origin in the 1830s.

‘Bevvy’, as an abbreviation of the word ‘beverage’, is used to refer to drinks. It was first used in the late 19th century.

Who doesn’t love a good nap? A ‘kip’ is another word for a nap or snooze. It’s a Late Middle English term.

The word ‘naff’ is a 1950s euphemism for the f word, but British speakers don’t necessarily know this origin - we take it for granted for describing anything that’s just a bit rubbish. However, >not everybody agrees> on its origins. It could have come from an army initialism or the gay community. Whatever its backstory, it’s a great catch-all term. Notably, Princess Anne popularised using it as a verb - as in, “Naff off”.