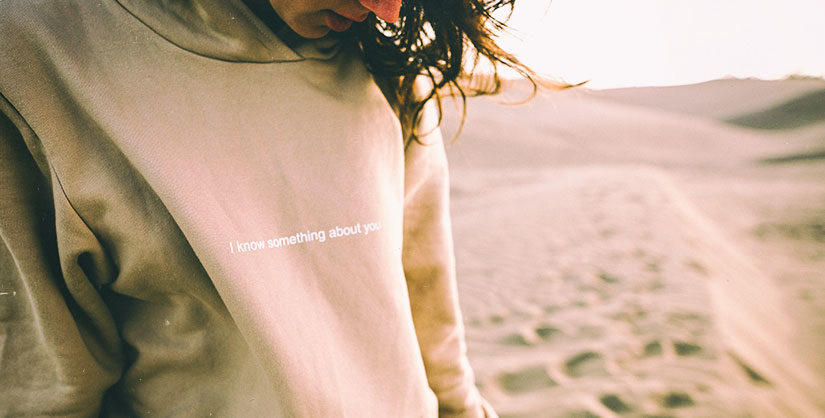 You may or may not know what it means to write in the second person, but do you know its advantages? We’ll break down what the second person is and how it could make your writing more effective.

What does writing in second person mean?

"For businesses, the second person is a powerful point of view for connecting with the customer."

What are the rules for writing in second person?

The second person rules are pretty simple. You must use the pronouns ‘you’, ‘your’ and ‘yours’.

Examples of writing in the second person

Although it’s true that the second person is a rare point of view in fiction, it does crop up occasionally to achieve a specific effect or mood. It’s been used very effectively in recent TV screenplays.

For example, in Netflix’s production ‘YOU’, the screenplay has Joe’s narrative voice address his victims in the second person as an interior monologue. Because this positions the viewer as Beck, the forced perspective creates an unnerving effect.

In Sam Esmail’s Mr Robot, the hacker protagonist Elliot breaks the fourth wall by addressing us, the audience - this is jarring because it makes us aware that he knows we’re privy to his actions and decisions.

But the second-person doesn’t always disturb us. More often than not, it can make us feel addressed, recognized and included.

Just think of the numerous instances of the second-person point of view in advertising slogans. Here are some examples:

You get the idea.

What are the benefits of writing in second person?

From a business perspective, the advertiser can address the consumer directly.

According to research, ‘second-person pronouns should work to enhance consumer involvement and brand attitude as a result of increasing the extent that consumers engage in self-referencing’. (Source)

This backs up what we’ve mentioned about the inclusivity of using the second person. By not saying ‘we’ or ‘ours’ but instead using more ‘you’ and ‘yours’, a business can avoid sounding too distant and impersonal. This improves their brand image.

Here’s a tip: Readable’s tone detector can tell you if you’re using the second-person enough in your business writing. It’s called the personal/impersonal scale. Using the second person more in your writing will create a more personal tone.

Give it a try

Now you’re equipped with the knowledge of how this could help you connect to your audience, why not give it a try? Take a piece of content about your company and look for where you could address your reader more. Is your content personal enough?