Some of the greatest bestselling novels were initially rejected 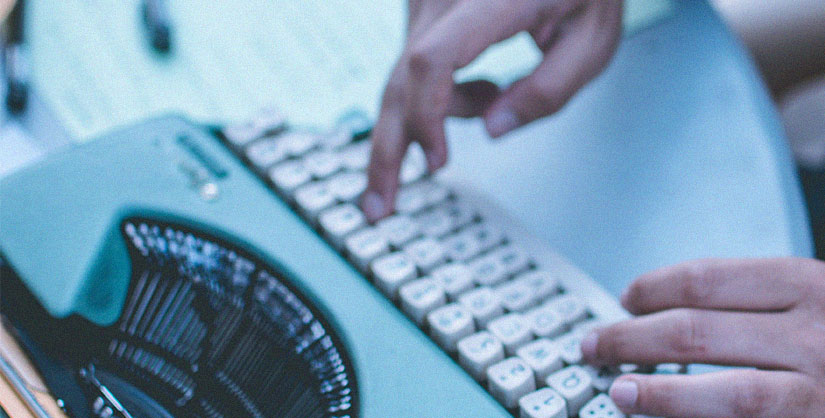 Try, try again. This is the number one mantra for writers. As if getting your manuscript finished isn’t hard enough, you have to have the thick skin to deal with dozens of rejections every year. To keep you motivated, we’ve compiled a list of rejection letters for books that are now bestsellers.

Seeing as Lolita was famously banned as obscene in several countries on publication, it’s hardly a surprise that it was a job to get it published. In fact, it was rejected by almost every major publisher. One of the harshest was this response:

“It should be, and probably has been, told to a psychoanalyst, and it has been elaborated into a novel which contains some wonderful writing, but it is overwhelmingly nauseating, even to an enlightened Freudian. To the public, it will be revolting. It will not sell, and it will do immeasurable harm to a growing reputation… It is a totally perverse performance all around… I am most disturbed at the thought that the writer has asked that this be published. I can see no possible cause could be served by its publication now. I recommend that it be buried under a stone for a thousand years.”

The novel is indeed nauseating – necessarily so, considering the subject matter.
Among other publishers, the general consensus was that it was clearly a literary masterpiece, but they were worried about how publishing it might look. For example, Viking Press said, “We would all go to jail if the thing were published.”
It’s still a controversial work today. Maybe by the year 2955, it will have lost its impact, but its enduring power hasn’t been extinguished yet.

Any fan of Plath will be familiar with The Bell Jar. Sylvia Plath is among the most successful female writers of her generation. She engaged readers with her piercing honesty, daring use of language, and ability to express herself fearlessly about difficult themes. Sylvia Plath desired that much of her work be destroyed or not published after her death. Still, the bulk of her works, including her journals, were published posthumously. Plath, however, was not always showered with accolades and reader support. She, like any other talented writer, was subjected to a slew of rejections, including this one from an editor:

“There certainly isn’t enough genuine talent for us to take notice.”

This seems laughably disrespectful since, by the time The Bell Jar was written, Plath was gaining recognition as a talented new poet – but, novel writing was a new venture for her. It’s also important to note that, regrettably, much of Plath’s reputation rested on her incredible poetry collection Ariel, which was tinkered with and published posthumously by Ted Hughes.
Readers will take comfort that Plath never really took these brutal rejections too much to heart. She once said, “I love my rejection slips. They show me I try.”

The Diary of a Young Girl

But it was nearly not published. It was rejected no fewer than 16 times. According to one publisher, the narrative was hardly worth reading since:

“The girl doesn’t, it seems to me, have a special perception or feeling which would lift that book above the ‘curiosity’ level.”

Surely most readers would disagree when reading the poignant and hopeful words of this girl wise beyond her years. Indeed, Anne Frank wrote in one of her entries, “I don’t want to have lived in vain like most people. I want to be useful or bring enjoyment to all people, even those I’ve never met. I want to go on living even after my death!” Thanks to her diary being discovered, she has.

D. H. Lawrence’s Lady Chatterley’s Lover was first published privately in 1928 in Italy and 1929 in France. In Great Britain, an uncensored version was not released until 1960. It was the topic of a historic obscenity case against Penguin Books. They won and promptly sold three million copies. Several nations banned the novel for obscenity. The work quickly gained attention for its depiction of a sexual (and emotional) connection between a working-class man and an upper-class woman. It also had detailed depictions of sex.

The only not-shocking thing about it, then, was that it was rejected before being published.
One piece of feedback was:

“For your own sake, do not publish this book.”

On the one hand, the feedback was wise at the time. Lawrence didn’t exactly make many friends by publishing works that were so daring. His public image at the time of his passing was that of a pornographer who had squandered his tremendous talents.

On the other hand, he also gained the reputation of an artist with true integrity who didn’t compromise on his vision. Many readers are grateful he didn’t follow that advice.