Pandemic clichés and how to avoid them 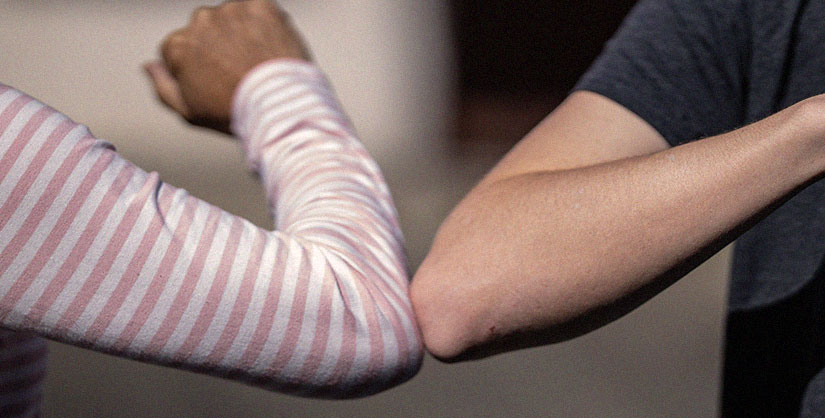 During the COVID-19 pandemic, chances are you’ve opened an email from someone who “hoped it found you well in these uncertain times”. If that statement didn’t fill you to the brim with a feeling of togetherness but instead elicited an exhausted sigh, you’re not alone. That’s because, over time, the phrase has lost its meaning and become cliché.

With this being said, these phrases have a way of catching on. They are viral in themselves. We’ll explore how they become so prevalent and why you should do your best to avoid them. Then we’ll highlight some useful alternatives. By the end, you’ll have something more meaningful to say to your audience.

What is a cliché?

The term ‘cliché’ is most often used to refer to trite, worn-out expressions. It comes from a French printing term, meaning “to stereotype”.

Although the definitions of clichés and buzzwords are different, they do overlap. Buzzwords are defined by their novelty and popularity. Over time, people become sick of them and see their lack of substance. Then, they become cliché. 2020 was full of buzzwords - but, as we move into 2021, they are considered clichés. Just as people are growing tired of the ongoing pandemic around us, they’re growing tired of the language used. More original, nuanced content is much better.

Our love-hate relationship with clichés

Our relationship with clichés is somewhat contradictory. The reason they exist is that, to some extent, we all indulge in them. They can be useful, concise expressions. However, because they are so easily imitated, they can become lazy expressions. They become automatic and obstruct active thinking. That they are thoughtless is why people prefer nuance and complexity.

The psychology of clichés

These ‘guides to life’ often come in the form of simplistic life advice. This reflects evolving worldviews and how ‘common sense’ is conveyed culturally.

The influence of positive psychology in popular culture today is undeniable. As well as an obsession with productivity.

For example, the term “side hustle” has only continued to rapidly grow, according to Google Trends:

Even amidst a global pandemic, if you’re continuing with your job remotely, some people believe you should be doing even more. Google Trends shows an interest in the term over time. However, this doesn’t reflect the sentiment associated with the term. Plenty of people do continue to use it unironically. It can be used positively to empower people to monetise their passions. Still, many consider “side hustle” a cliché, reflective of the pressures of a hyper-Capitalist culture. It is mocked as a frequent term used to lure vulnerable people into multi-level marketing companies (MLMs).

This contradiction is common among many clichés. This is why using them can be divisive.

Are clichés useful in advertising?

Clichés can be good. They can be used successfully in advertising, especially if they’re tongue-in-cheek. But, in a pandemic context, originality is preferred.

First, we must consider why clichés in the English language, in general, should be avoided.  In Politics and the English Language, George Orwell wrote:

“Modern English, especially written English, is full of bad habits which spread by imitation and which can be avoided if one is willing to take the necessary trouble.”

He then gives some examples of clichéd passages relevant at the time. Here’s what he says is wrong with them:

“The first is staleness of imagery; the other is lack of precision. The writer either has a meaning and cannot express it, or he inadvertently says something else, or he is almost indifferent as to whether his words mean anything or not.”

It is striking how applicable this is to clichés we have seen again and again throughout the pandemic. Take this tweet:

because now more than ever, oven chips

The author hits the nail on the head. Slow-motion clips of families have become a visual cliché in advertising. Especially in the COVID pandemic. They also identify the all-too-familiar cliché, “now more than ever”. It seems like careless use of the phrase. They are also imprecise. This is a satirical example, but let’s pretend it’s based on a real ad. Why do we need oven chips now more than ever?

It’s just too vague and it would be better to point to the real benefit of the product. Instead, it seems merely opportunistic. In short, a cheap move.

Without further ado, we’ll highlight some common pandemic clichés, why they could be better and what you could say instead.

“Now more than ever…”

As said above, “now more than ever” has become a cliché. It can be described as opportunistic, grasping and manipulative. These are words you don’t want to be associated with your copy.

In addition, it devalues your product. If your product is good, people should be able to benefit from it outside of a global pandemic. For this reason, you’d do well to remove the phrase completely. This will make your product or service more broadly relevant and evergreen. Your audience will appreciate you not trying to shoehorn COVID into your language.

This phrase made it into the Buzzsaw Hall of Shame in their awards, in which they announced the worst jargon of 2020. A judge said of the cliché:

“Unfortunately it is catching on. I get hundreds of emails a week that reference this phrase.”

This raises a good point. This can be applied to our everyday communication as well as our content marketing. The problem with “new normal” is that we’ve been dealing with this global catastrophe for some time. Suggesting a normalisation implies an acceptance, rather than a fight to overcome the situation.

Unfortunately, we have somewhat adjusted to the situation. Because of this, it also poses the same problem as terms like “unprecedented” and “uncertain”. These events have been shocking in the past, but now they’re dated phrases.

Instead, try being more specific. Reference something your audience may still be finding difficult to adjust to. We all know that the ongoing pandemic continues to pose difficulties. Digging deeper shows more empathy than a sweeping statement.

“We’re all in this together”

This is a phrase that has positive intentions. But, it can come across as patronising. Lisa Fitzpatrick’s excellent Forbes article points out that we’re really not all in the same boat. She points out that it can’t just be a cliché - we really have to look out for the most vulnerable in our society.

This is a great lesson in practising what you preach. If you do use this phrase, make sure you’re not merely paying lip service to this togetherness.

At the beginning of the pandemic, this phrase did carry an encouraging message of unity. Sadly, it’s lost its potency over time. Throughout, the pandemic has exposed global inequalities and divisions.

You can still express solidarity. Being positive in your content is almost always a good idea. Instead of this catch-all cliché, try to be specific about how your product or service can genuinely help people.

We hope you’ve found our exploration of pandemic-era clichés constructive. Sometimes, they can be hard to catch. Next time you use Readable, keep an eye out for our buzzword count so that you can use meaningful, impactful language.