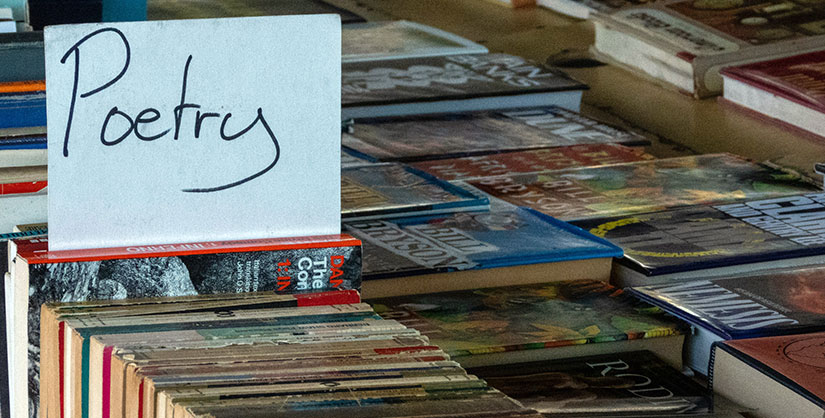 In the readability world, we talk a lot about simplifying your language. In the early twentieth century, a poetry movement called Imagism revolutionised English literature. It was characterised by its simplicity and clarity. We’ll cover what it was, who practised it and what impact it’s had on modern poetry.

Imagism is a poetry movement from the early twentieth century. It was one of the first Modernist literary movements in the English language. Imagist poetry is characterised by sharp, clear language. It rejects sentimental verse more typical of Romantic and Victorian poetry. Instead, it focuses on the economy of language. Saying the most with the least. Often, a simple image is expressed in the crispest way possible so as to get at its essence.

Many of the tenets and ‘rules’ of Imagism were lead by the American poet Ezra Pound. He published the first anthology of Imagist poetry called Des Imagistes in 1914.

Among the other prominent poets were Hilda Doolittle, William Carlos Williams, and Amy Lowell.

What were the principles of Imagism?

Ezra Pound and his contemporaries agreed on Imagist principles in the early 1910s. The three main principles were:

We use some of these same principles when writing for readability - expressing something directly and reducing superfluous words.

By rejecting the ‘sequence of a metronome’, of course, Pound refers to poetic forms and rigid metres which were the norm in poetry for centuries. However, it’s important to note that metre can be used in novel and exciting ways for modern topics. Pound was allowed to break the rules because he knew the rules. It’s important to at least be familiar with form and its purpose.

Here is some simple paraphrasing of some statements he made about the movement:

What is an example of an Imagist poem?

Perhaps the most famous example of Imagism is Ezra Pound’s ‘In a Station of the Metro’:

In a Station of the Metro

The apparition of these faces in the crowd:

Petals on a wet, black bough.

The poem is just 20 words, including the title. But, in its conciseness, it is so effective. Pound contrasts the image of a metro station with a natural image to juxtapose the urban and the natural world. Also stirring is the use of the word ‘apparition’, giving a ghostly quality to the many individuals passing through.

No word in the poem is superfluous - everything has a purpose. Half rhyme is used in ‘crowd’ and ‘bough’, and alliteration is used for ‘black’ and ‘bough’. This reflects Pound’s respect for poetic conventions as well as using bold, new devices.

Imagism was a short-lived but extremely influential movement. We can take many of its tenets as inspiration for our own writing. By being acutely aware of every word you write, you can make sure every word serves a purpose.

By focusing on the image, we can economise on our language whilst presenting the reader with something striking. Something they will remember. With a laser focus on the quality of writing rather than quantity, we can sharpen our craft.