How did ghost stories become an unlikely tradition? 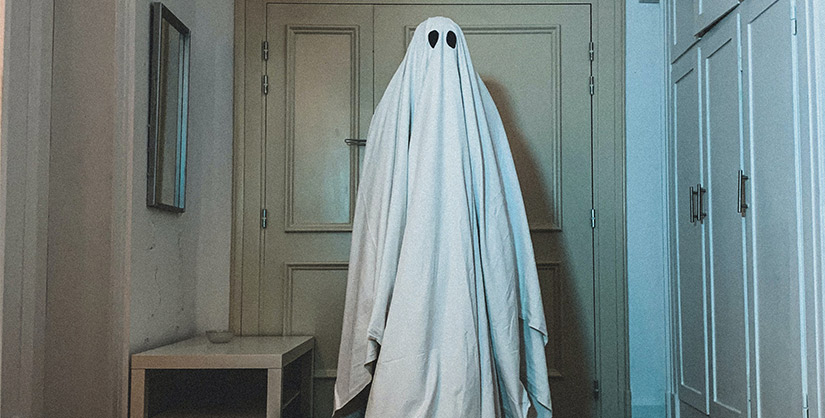 Telling ghost stories at Christmas time is a tradition originating in Victorian England. How did this come about?

In Victorian England, midwinter nights were long and dark. Many had to finish work early. With a fireplace and candles as the only light source at night, gathering around to tell stories seems like a natural way to pass the time.

Especially on Christmas Eve. Because Christmas Day is a holy day, Christmas Eve is, according to folklore, a night for plenty of spiritual activity.

It may seem like a gloomy activity, but the Victorian culture was, whilst being extremely driven in its technological and scientific innovation, simultaneously fascinated by the spiritual and darker side of life.

From mouth to print

Before the Industrial Revolution came, many of these stories were spread orally. The steam-powered printing press meant even wider distribution, whilst a growing literate population increased demand.

The most familiar festive printed ghost story has to be Dickens’ A Christmas Carol, which further helped to popularise and transform the genre.

A Christmas Carol - some background

Dickens helped to pioneer what is now a staple of Christmas stories, which is a moral message. Victorians even called A Christmas Carol “a new gospel” and on publication, it was an instant bestseller.

Its appeal is timeless, but its conception was very timely. Dickens wrote it in what is named in history as The Hungry Forties. This was a period in the 1840s that is also known as the European Potato Failure. The effect of this food crisis was catastrophic, more so in Ireland than anywhere else, having spread from England and Scotland. In Britain, there was an overall economic depression. Employment declined whilst the population ballooned, and the price of bread just wouldn’t let up.

It was against this backdrop that A Christmas Carol, originally intended as a social commentary pamphlet, was written. Meanwhile, Dickens was not in an ideal financial situation himself and had to find his way out of debt, as well as provide for a growing family and support his father. Dickens wasn’t only a sympathiser for the poor, suffering and oppressed. He had his own struggles. Rather than some wealthier writers of the day who didn’t necessarily need to write to support themselves, Dickens was the working man’s author. Having suffered in poverty in his early life, he was a self-made man.

A Christmas Carol spreads the message that an employer is responsible for his employees. We take this for granted now, but Victorian England was in dire need of employment laws at the time. It’s fitting that A Christmas Carol is about a need for change - traditionally, the Winter Solstice is about transformation and renewal.

Ghost stories to read this season

Hopefully you’re inspired to go against the grain, get the candles out and tell some spooky stories this Christmas. Here are a couple of suggestions to get you started.

Other than the obvious choice of A Christmas Carol we’ve covered, Dickens also wrote other ghost stories, such as ‘The Signal-Man’. This is about a railway worker who sees an ominous ghost before railway line tragedies.

Henry James, The Turn of the Screw

This novella is still chilling centuries later. As a late nineteenth-century effort, you can see psychology taking its hold on culture in the undertones of this story. What makes it continue to fascinate is its deliberate ambiguity. Are the ghosts real, or a figment of the governess’ imagination? Seeing as Henry’s brother William was an eminent psychologist and the first to offer a psychology course in the United States, the influence of psychology is unsurprising. It raises questions that are a staple of modern horror.