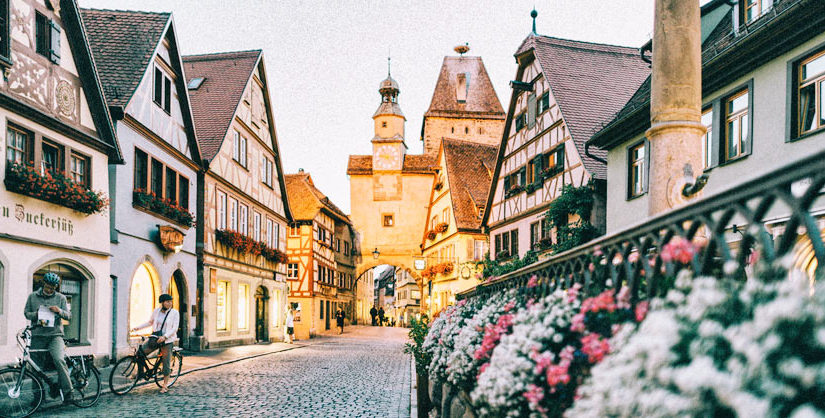 With angry Nazi soldiers barking orders at Indiana Jones and Captain von Trapp, the Hollywood stereotypes of the German language unfairly emphasises pronunciation and volume. In fact, the German language can be soft and even melodious at times. Here are some examples of German's more lyrical side.

Although it can be translated as nostalgia, or longing, the breakdown of the word is much more poetic. The two parts of the noun can be broken down into vision quest.

Although, in English that sounds a bit too much of something from the Lord of the Rings. Which, loses some of the wisdom of the Sehnsucht concept.

Anyone who has been to a proper German festival has undoubtedly heard the song Ein Prosit der Gemütlichkeit. It tells of the warm atmosphere, the comfort of good friends, music, and food.

You can't translate Gemütlichkeit merely as "comfortable"…a piece of furniture can be comfortable.
Gemütlichkeit embodies the mood and spirit of a particular setting.

Link elbows and clink your beer mug with a perfect stranger and you'll get the idea.

Has anyone asked you a negative question that you answered with an enthusiastic "Yes"?

Instead of vigorously nodding your head and raising emphatic eyebrows, the Germans simply reply, Doch, doch! And, the message is instantly clear.

An English doch would be so convenient.

A quick search in the dictionary would define reizend as charming, but if you look further down the list of definitions things start to get complicated. Reizend can also mean tantalizing and even irritating. Think of the root of the word charming, and you might understand the German equivalent. It certainly would give our fairytale Prince Charming a darker side.