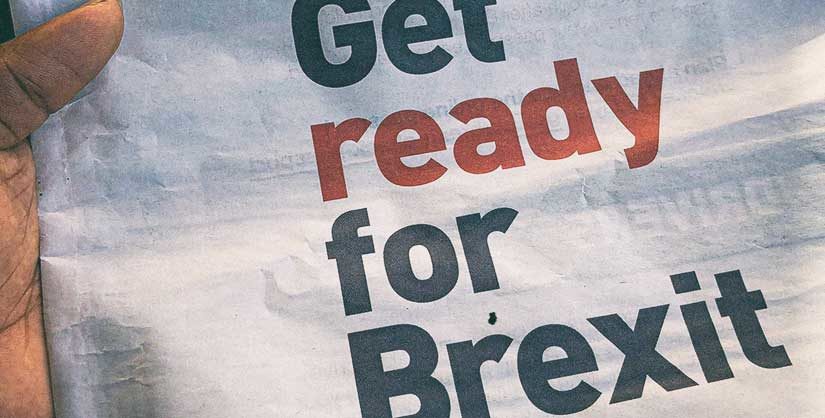 Insight Agents wanted to find out how easy to understand the key documents of Brexit were. They used Readable for their surprising findings. What does their analysis tell us?

What readability analysis did Insight Agents carry out?

Telling compelling stories with numbers is at the heart of what Insight Agents do. To mark National Storytelling Week, they produce a topical report each year and include readability metrics.

This year, there’s no avoiding the topic of Brexit. Their report is called ‘Brexit really does mean Brexit: A linguistic analysis of Britain’s departure from the European Union’.

Sam Knowles, Founder & MD of Insight Agents, said the following about the report:

‘Researchers from the Catalyst Team at Sussex University’s Innovation Centre gathered the raw text used in campaign leaflets, speeches and letters, news articles and blogs, and legislation. They then analysed how simple or complex the documents were to read. They used the well-established Flesch Kincaid (FK) reading ease tool, via Readable. The analysis allowed the researchers to rank the documents of Brexit by linguistic clarity.’

The comprehensive study is an insightful roundup of many channels of communication. Flesch Kincaid is a great formula to pick because it has a wide range of use. Flesch Reading Ease gives you a readability score out of 100 - the Flesch Kincaid grade level tells you the reading grade level of your text.

What were their findings?

Their report found that Brexit legislation was the hardest to understand. Legalese is notoriously opaque and the language used in this context was no exception. On average, legislative or regulatory texts were accessible to only two-thirds of the general public.

Also evident in the research was the politicians' tendency to indulge in more complicated language with each other. By contrast, communication aimed at the general public was more readable - it's all about knowing your audience.

What were the differences between parties?

Insight Agents also explored the General Election party manifestos as this was, after all, a Brexit election. 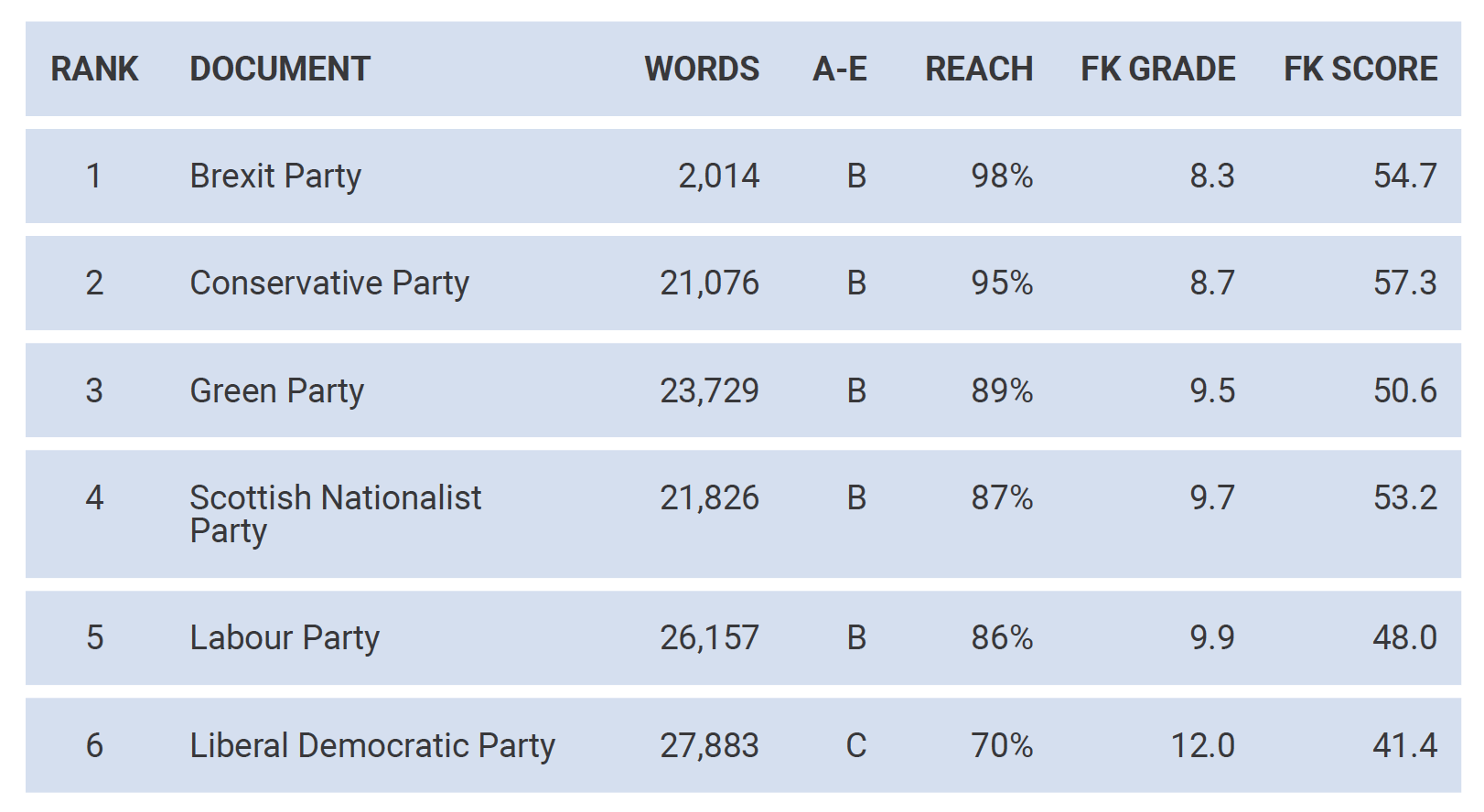 Here's an excerpt from the report:

'Of the six main political parties, the Liberal Democrats’ manifesto was easily the least readable. The text in this document was grade C overall, with 70% reach to the general public. Its FK grade was 12.0 and FK score a comparatively hard-to-read 41.4. On readability alone, it was no surprise that the two lowest-ranked parties – Labour and the Liberal Democrats – announced processes to elect new leaders the day after the election, while the ballot papers were still warm.'

This is certainly true when compared to the other parties and the Lib Dems were the least readable by quite a margin. Their FK grade level of 12 is much too high for a document which should be clear, straightforward and accessible.

Nevertheless, the findings of the report are clear. Sam Knowles says of the results, 'the language of the referendum and debates about Brexit has been surprisingly clear and accessible.'

You can request a copy of the report here.