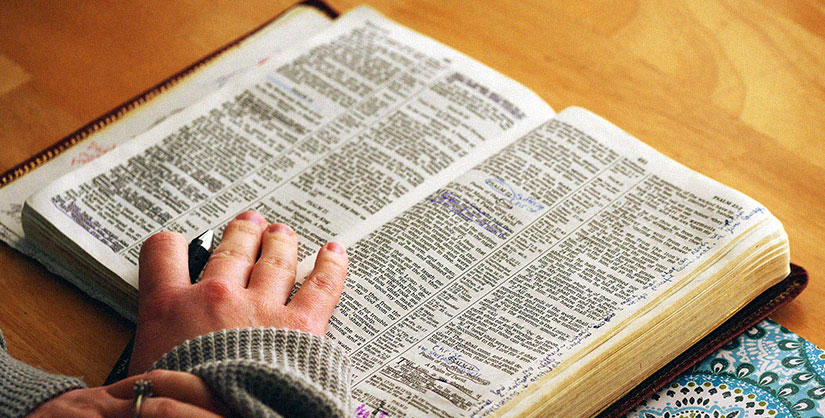 “Every word carries a secret inside itself; it’s called etymology. It is the DNA of a word.”

“Etymology” derives from the Greek word etumos, meaning “true.” The practice of etymology is uncovering the truth by tracing the root of a word. If you’re interested in language, it can be quite exhilarating. Like being a linguistic detective.

The English language is strange at the best of times, it being a historical cocktail of Germanic and Latinate influences. Never is this more apparent than when we trace the origins of words. We used the fantastic resource etymonline for all the definitions and origins cited in this article.

The origin of the word points to unfavourable events being blamed on certain planet positions. Destiny is written in the stars - in some conceptions of fate in mythology, the universe is fixed and inevitable.

A far cry from World’s Strongest Man, the origin of the word ‘muscle’ is perhaps the most surprising.

Rather than relating to strength and brawn as we understand it, ‘muscle’ is derived from the appearance of a muscle under the skin. Particularly biceps, which were thought both in Latin and in Greek to resemble a mouse running beneath the skin.

Perhaps you’ve been told by an English teacher in the past to avoid using the word ‘nice’. This is because the word is so commonly used in our language that it’s not highly descriptive or imaginative.

Many English teachers consider it a cop-out. One of the most scathing commentaries on the word ‘nice’ is in Jane Austen’s Northanger Abbey. Henry snarkily berates Catherine for overusing the word, remarking, “it does for everything.”

Yet its origins are far more interesting than the word appears.

Here, you can clearly see the amelioration of ‘nice’ throughout history. Interestingly, though, there are still hints of its root in how many people regard the word today. Although it came to acquire a positive meaning, we might associate it with the word ‘frivolous’ just as it was in the late 13th century. It is the kind of weak adjective many of us carelessly throw around, in want of a better word. With that being said, society undervalues niceness. It’s still nice to be nice.

The origins of the word ‘cloud’ are surprising. You wouldn’t automatically associate their wispy appearance with the solidity of rocks. The etymology explains that it refers to the mass it accumulates and thus appearing similar to earth formations.

Now, it's used more broadly to denote a contradiction in terms. Originally, though, it was a clash of terms around sharpness and dullness.

Sorry to use this example mid-pandemic, but the origins of ‘quarantine’ may interest you.

We understand ‘quarantine’ as a period of isolation to prevent the spread of an illness, but the background on this is very interesting. The root of the word is more specific in the period of time elapsed.

Without the word ‘tragedy’, we wouldn’t have one of the greatest songs by the Bee Gees. But there is also an interesting word history to be grateful for.

Although the specificity of the goat connection is debated, the connection to goats, in general, is accepted. There are a few different possibilities as to why. The etymology includes the literal translation “goat song”. Tragedy as we know it has its roots in ancient Greece, where it’s thought people dressed as goats and satyrs in plays. There are other theories surrounding goat sacrifices. Either way, who knew goats were involved at all?

What would a list of surprising etymology be without the word ‘surprise’ itself?

When you think of the word ‘surprise’ today, you might think of smiling faces. They're shouting the word at you as you open your eyes to an unexpected party. Remember parties?

In history, though, it had a much more violent origin. The word is rooted in an invasion. In having the element of surprise as an advantage. It is also interesting that it has root words meaning “grasp". This can also be related to words like “comprehend”.

It is interesting how the word ‘comrade’ is considered a non-neutral term. Whether it’s a veteran recalling time spent with his old army comrades, or used among the political left. Its origins point to it being more widely applicable.

With this considered, you could call any of your cohabitants “comrade”. And it’s perfectly acceptable to use it for your partner, no matter what your politics are.

To end where we started, with the spirit of investigation, let’s have a look at the word ‘clue’.

The word origins rooted in old stories like this are the most fascinating. A clue could be any object now. But, once upon a time, it was explicitly a ball of yarn a character used to find his way.

We always advocate being mindful of the language you’re using. Hopefully, you found it interesting to go on this etymological journey with us to uncover the truths of some words we take for granted.

This article was originally published in our July issue of Readfeed, our monthly newsletter. To see content like this first, along with helpful writing and readability tips, you can sign up here.