Three-word slogans: why do they grab us?

To write content your audience will love, you need to appeal to their brains. The three-word slogan is compelling because it appeals to psychological principles. Specifically, the “rule of three”.

What is the rule of three?

The rule of three is a writing principle suggesting the number 3 is more satisfying to people than other numbers. It can be applied to writing, from advertisements to speeches, but it can also be applied to other areas, like graphic design. The number 3 is special because human beings are hardwired to find patterns. The number 2 isn’t a pattern, it’s just a pair. 3 is the minimum number to see a pattern forming.

Where does the rule of three come from?

The tradition of the rule of three comes from oral storytelling. The most basic part of storytelling is the structure. You must have heard a million times that a good story has a beginning, a middle and an end. That’s three parts. This three-act structure has also traditionally been used in plays.

If you have a closer look at stories, whether in religious texts, mythologies, nursery rhymes or fairytales, the number 3 permeates literature. Three blind mice. The three spirits of A Christmas Carol. Three little piggies. “Veni, vidi, vici.” The father, the son, and the holy spirit. “Liberté, Égalité, Fraternité.” The three wise men. The three musketeers. “Click your heels together three times and say ‘There’s no place like home’ and you’ll be there.” The list goes on, and on, and on.

This permeation has given a simple number layers of mystique over thousands of years of storytelling. It even seems to have a magical quality.

What is the psychology behind it?

The reason the number 3 is so powerful is that it’s a large enough number that you can recognise a pattern, but not so large that you can’t remember it, or that it overwhelms you.

Simply put, a cluster of three is more memorable than other clusters of information.

Neuropsychological research shows that your brain doesn’t have to work as hard to absorb the information presented within a pattern. It is also easier for you to retain. You expend less adenosine triphosphate (ATP). The brain is the highest consumer of ATP in the body.

Elizabeth Van Arsdall of CogBlog points out that pattern recognition is a crucial part of how we live our daily lives. It dictates how we interpret the world around us:

‘Unconscious inferences help connect the dots between our prior knowledge and our sensations of environmental stimuli and fill in gaps of missing information from our sensations.’

She uses an example of a photo of two people sitting at a table for dinner. In the photo, their legs are invisible. But our prior experiences of seeing people sit at tables informs us that they more than likely have legs.

Although there is still much research to be done in this area, the rule of three isn’t a new idea. There is a Latin phrase, “omne trium perfectum” which means that everything that comes in threes is perfect.

What effect does it have on slogans?

The rule of three is a staple in advertising and marketing. It’s used in both slogans and taglines. It makes a piece of copy short, snappy, and memorable. A good approach is to think of three main points you want your audience to take away from your message. Make sure those three things are made crystal clear. Brian Clark of Copyblogger says:

“If you want something stuck in someone’s head, put it in a sequence of three.”

This shows that the rule of three isn’t just for slogans. You could use it on your product page to showcase three benefits of the product. Either having three elements in a row or having three bullet points is a great way to do this.

What are some examples of the rule of three in action?

The three-word slogan can be used as a tool to focus on the brand’s message. The level of restriction means all three words are of equal weight.

Here are some examples of impactful three-word slogans. 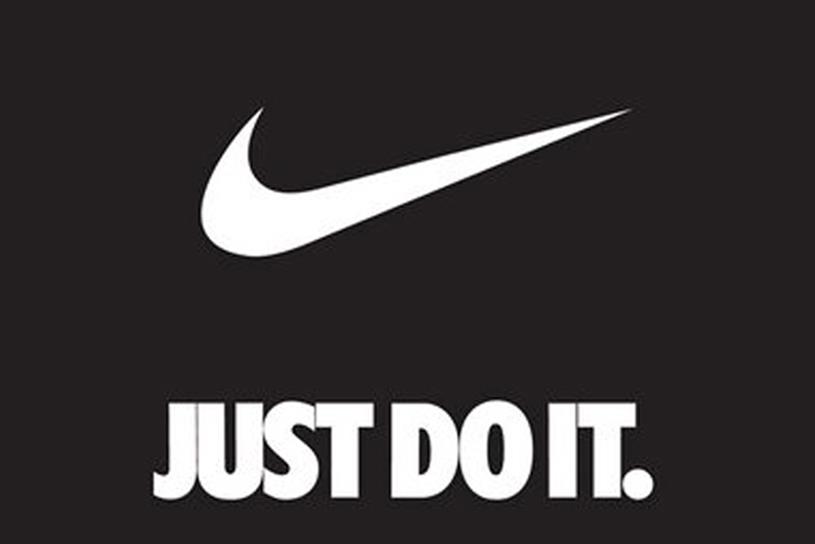 Apart from Shia LaBeouf’s use of the phrase in a motivational speech, the Just Do It slogan is unmistakably Nike. It is as iconic as its swoosh logo.

The feeling behind the phrase is one of positivity and empowerment. The use of the word ‘just’ makes the viewer feel like the activity isn’t this great undertaking. It’s achievable for anybody. All that’s required is a good attitude. And maybe a pair of Nikes. 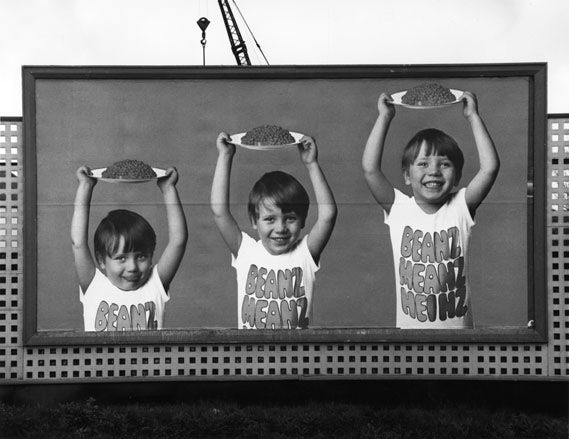 This is an example of a slogan that’s endured for many years. Penned in 1967, the Beanz Meanz Heinz slogan’s genius, appropriately enough, is three-fold. Firstly, ‘beans’ rhymes with ‘means’. Research shows that rhyming is favoured in advertising:

Second is the rule of three which, as we’ve discovered, is an ancient power in language. Thirdly, they repeat the ‘z’ to tie the message to the Heinz brand. Repetition is an incredibly powerful device. It is recognised as one of the main ways to be persuasive.

According to Creative Review:

‘Created by agency Lowe Howard-Spink in 1993, ‘Every Little Helps’ is more than simply an advertising endline. Not only did it cement a down-to-earth tonality for the brand that resonated with shoppers, it also sought to place the shopper’s experience first. And nearly 20 years on, it continues to act as a guiding principle for the Tesco brand.’

The wonderful thing about Tesco’s slogan is that not only does it use the rule of three. It also taps into the oral storytelling behind the principle. “Every little helps” is the kind of saying that’s passed down through generations and families, humanising the brand.

Using the word ‘helps’ also gives the impression of a community. Something people need when sentiment around big supermarket chains is strongly linked to local grocers being in decline.

For Tesco, ‘Every Little Helps’ isn’t just a slogan, either – they incorporate it into their company values. They use it structurally to create great customer and staff experiences.

So, why do three-word slogans grab us?