We have a tendency to folk-etymologise English words. However, the true meanings can be even more fascinating. We’ll uncover some of the biggest etymology myths and their real origins.

To be teetotal is to abstain from alcohol. There is a myth that the term comes from replacing alcohol with tea. However, this isn’t where the term originated.

‘Teetotal’ was coined by Richard Turner, a temperance advocate, in 1833. He was from Preston, Lancashire, where the word ‘teetotal’ was already in common local use. However, it was used more generally to add more emphasis to the words ‘total’ or ‘totally’. Turner was the first to attach it to abstaining from alcohol. Rather than merely abstinence from hard liquor, he advocated for ‘teetotal’ abstinence from alcohol.

If you look closely at his gravestone, you can see he lived and died by his word. 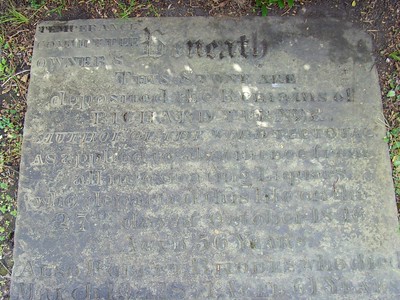 Pardon our language, but the origins of the word ‘fuck’ are perhaps the most contested. A plethora of different stories have emerged over the years to explain the etymology of ‘fuck’. Perhaps the most popular is that it’s an acronym of ‘For Unlawful Carnal Knowledge’. This is nonsense because prior to the mid-20th century, pronouncing acronyms as words wasn’t common practice.

The earliest recorded use of the word ‘fuck’ was in 1475, as ‘fuccant’ in the poem ‘Flen flyys’ (‘fleas and flies’). Its context confirms that its origins lie in fornication.

The myth that ‘history’ comes from his+story is a misattribution often blamed on feminists. It would be more accurate to say that the myth comes from a misunderstanding of the feminist intention behind the rejection of the term ‘history’.

Feminists in the 1970s started to use ‘herstory’ because much of history is written from a male perspective. They used the term ‘herstory’ as a concise way to make this point and to empower female voices. They didn’t use it because they thought his+story was the actual etymology of the word.

Regardless of who knew or didn’t know, the real etymology of the word ‘history’ is:

The word ‘butterfly’ is commonly believed to derive from ‘flutter by’, which would make perfect sense if it was true. The real origin of the word is the Old English buttorfleoge, which means it derives from butter+fly.

Possibilities include the belief that butterflies consume butter if it’s left out and that a common species of butterfly was the colour of butter.

Perhaps the most ubiquitous etymology myth and the most surprisingly untrue, ‘SOS’ is commonly believed to mean “save our souls”.

In fact, ‘SOS’ isn’t an initialism, but originates from Morse Code. ‘SOS’ replaced ‘CQD’ as a distress signal when Morse Code came into use because it was an easier sequence to type.